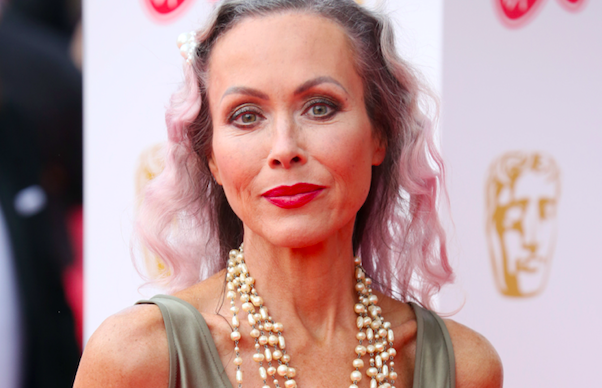 Actress Amanda Mealing, star of Casualty, has implored her social media fans to “keep it real” over Coronavirus fears.

Refusing to get swept up in the hype, she made her feelings clear on her official Instagram and Twitter accounts, begging people to do their own research rather than believing everything they read and hear.

Amanda, who plays medical professional Connie Beauchamp in the BBC medical drama, also implied that those who are worried should use their common sense.

We shouldn’t need a Cobra meeting to tell us to wash our hands and not cough and sneeze over others. Let’s keep it real.

Posting to her 35,200 fans, she shared The Times’ photo of a man wearing a gas mask on public transport.

She wrote: “Look it up for yourselves! Last year 600 people in the UK died from flu.”

Look it up for yourselves! Last year 600 people in the UK died from flu. We shouldn’t need a Cobra meeting to tell us to wash our hands and not cough and sneeze over others. Let’s keep it real. #RespectForOthers… https://t.co/G9BQ5sKQOB

Referring to the cabinet’s recent Cobra meeting, in which government bodies met in response to the national ‘crisis’, she added: “We shouldn’t need a Cobra meeting to tell us to wash our hands and not cough and sneeze over others. Let’s keep it real. #RespectForOthers #CoughsAndSneezesSpreadDiseases.”

Some of her fans agreed with her, with one replying: “Bang on.”

Another said: “Been saying this for weeks now. No one cared about this and seemed happy to cough, sneeze and gob up everywhere and now they are scared.

“Came home from a weekend in London and sneezed on the bus into a tissue. The woman next to me rolled her eyes but then coughed without covering her mouth. Not good at all.”

A third added: “Unfortunately common sense is not that common… The amount of people I see leaving public loos without washing their hands is scary, so I guess it is needed.”

However one of her followers slammed the actress for having an opinion on the matter, saying: “I’m more likely to listen to doctors and the medical industry who are qualified than someone on Instagram who doesn’t know anything about it.

“It’s still a serious disease which has killed over 600 people and shouldn’t be taken lightly.

“It has the potential to impact a much greater number than that. I think maybe you shouldn’t be so disrespectful as there are families out there who have lost loved ones to this virus.”

Another agreed, adding: “Covid-19 is serious whether you believe it or not. Yes, more people currently have died of the flu. But we do not know why it’s spreading so badly, how to stop it, how to treat it, how exactly it is spreading, why it’s killing so many people.

“I’m not saying you have to be panicking about it like some people, but making posts telling people to basically not care is so damaging.”

Amanda, 52, has survived breast cancer and currently campaigns to raise awareness of the disease.

At the time of writing, the total number of UK cases – out of a population of 66million – rose to 85.

Are you worried about Covid-19? Leave us a comment on our Facebook page @EntertainmentDailyFix and let us know what you think!