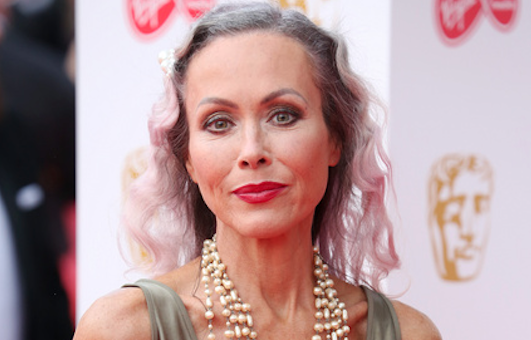 Actress had a mastectomy, chemo and radiotherapy during health battle

Amanda Mealing has revealed the anxiety she suffered following her breast cancer fight caused her to ‘crumble’ and collapse at work.

The Casualty star, 52, told The Mirror her PTSD left her drained – despite her determination to resume her acting career after a wearying health battle which saw her undergo a mastectomy, chemo and radiotherapy.

Actress Amanda was diagnosed with the anxiety condition in 2007, five years after her cancer fight.

Her life had already been changed with her original cancer diagnosis, coming just one day after the birth of her second son.

Speaking about her keeling over at the studios of Casualty spin off Holly City, the Connie Beauchamp star admitted: “I literally crumbled down on my haunches at the steps, going up to reception. And there were only five steps and I couldn’t make it up.”

She also acknowledges she returned to her busy work commitments before dealing with how her cancer diagnosis and treatment had affected her.

Amanda continued: “At the time I couldn’t because I’d just had, what I call, my hand-to-hand combat of fighting the cancer, so I didn’t have time to look at my emotional and psychological state.”

However, Amanda is convinced therapy has helped her cope and manage her symptoms – describing the process as “essential”.

Let the warmth of the weekend wash over you. Have a great one. 💋 #JadeNecklaceMadeByMe

Currently taking a break from her role on Casualty, Amanda also feels her personal experiences of illness help inform her performance.

Her character Connie is also affected by PTSD – and has become addicted to diazepam in her attempts to carry on.

“I am able to use my experience to portray this,” reflected Amanda, adding she is sad to see such a strong presence on the show falling apart.

She added: “In some ways, I always say any tragedy, or anything that has not been great in my life, I have used it and hopefully used it to help other people as well.”

THIS is our NHS. Not the business or the politics but the people that care for us day & night, year in, year out. Thank you for rebuilding me. For all the tea and TLC. (You too Kev!) #CAVOC #CardiffandValeUHB #NHS

– Casualty airs on BBC One at 8.40pm this Saturday