Crissy Rock bravely opened up about the physical abuse she suffered at the hands of her grandfather as a child.

Crissy opened up on Loose Women today (Monday June 24) about self-harming in the wake of childhood abuse from her granddad.

The comic even remarkably admitted she forgives him for his abhorrent actions. 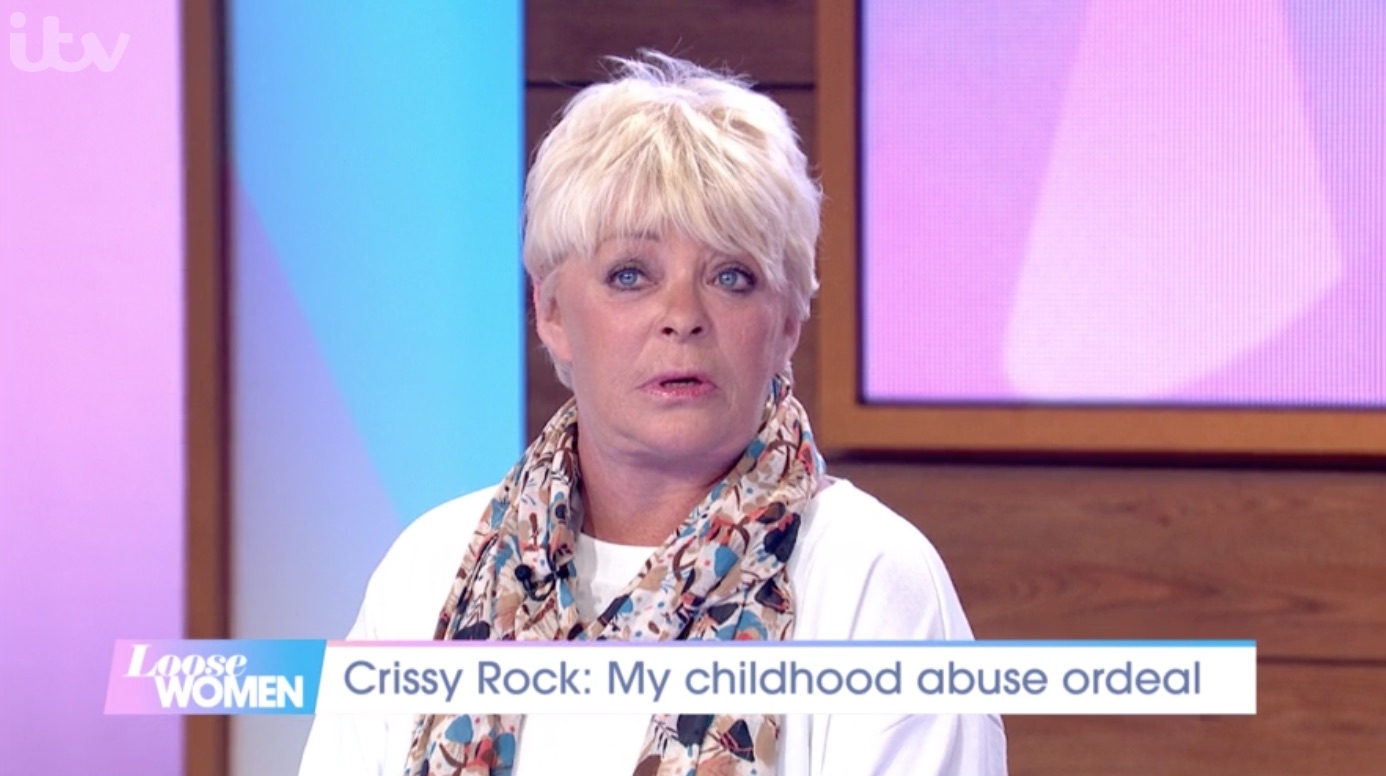 Crissy, 60, told the Loose Women panel that when her mum and dad moved out of the family home, she wanted to stay with her nan and grandad because "she loved her nan that much".

When she was seven-years-old, her grandad began to abuse her, dragging her out of bed by her hair, she explained.

He would throw her in a "freezing cold bath" and scrub her, telling her she was "filthy and disgusting".

"The horrible thing is, I have a phobia of having a bath," she said. 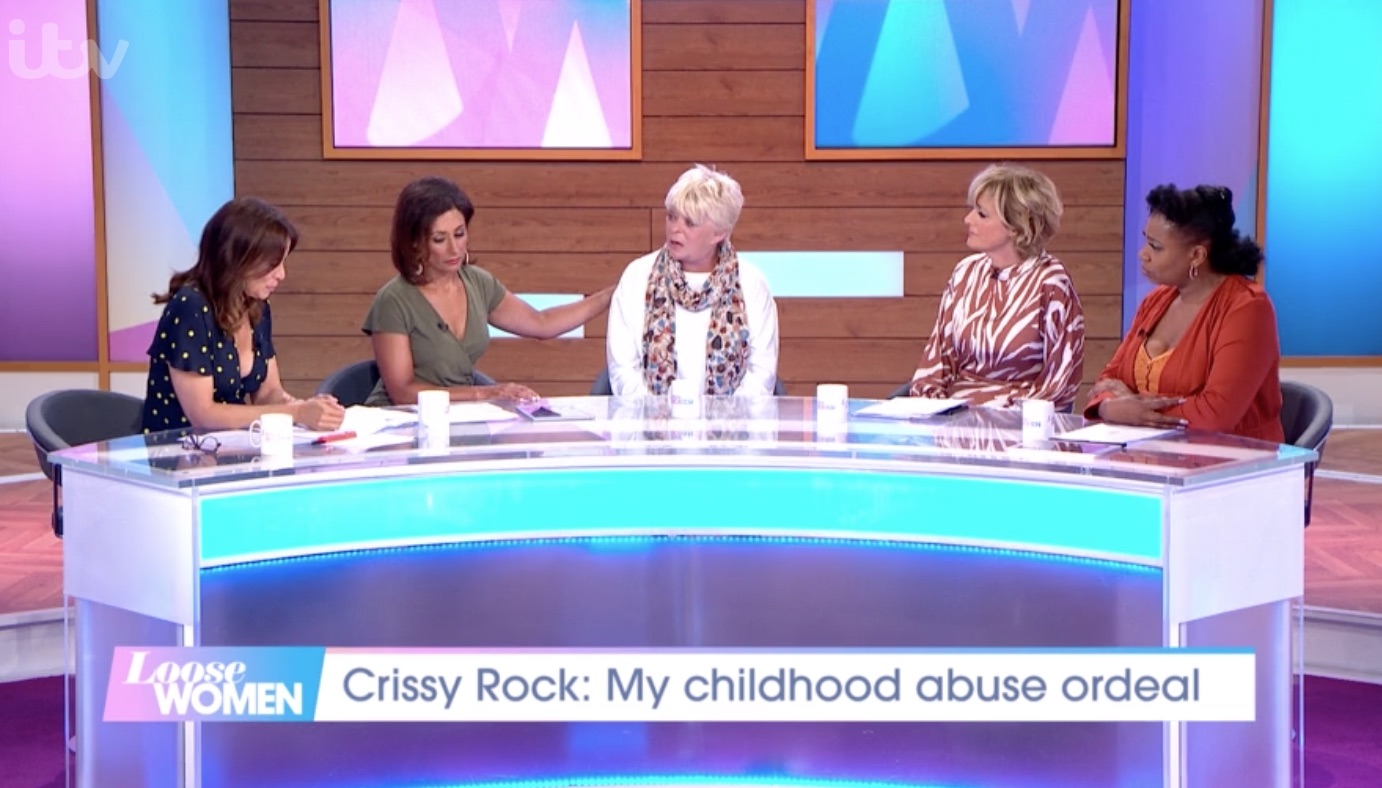 Crissy was comforted by the panel during her appearance (Credit: ITV)

Read more: Sherrie Hewson is going deaf in both ears

I was removing the pain, I was in control of when I was going to hurt.

Crissy went onto painfully recount the way she would self-harm to cope with the trauma.

"I was removing the pain, I was in control of when I was going to hurt," she continued. Crissy emotionally explained that when he died, she was angry with him.

If she could talk to him one last time, Crissy said: "I would sit him down and say, 'I don’t understand why but I’m going to forgive you, and for forgiving you I forgive myself.'"