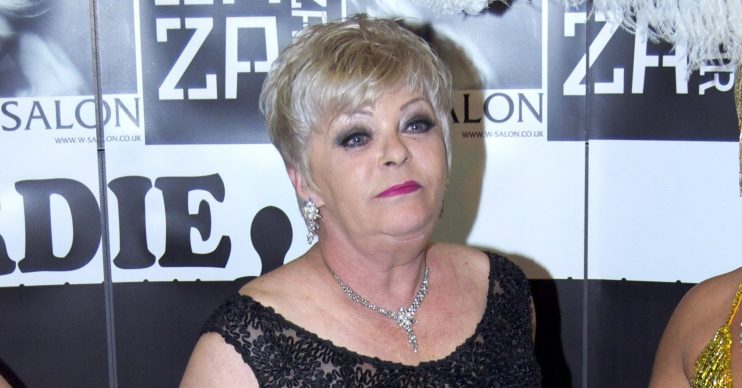 Actress Crissy Rock was rushed to hospital this week with a painful abscess in her throat.

The Benidorm star, 60, revealed she is being treated at Aintree Hospital in Liverpool and admitted she has “never felt a pain like it” in her life.

Updating her concerned fans on social media, Crissy said the condition left her unable to swallow or drink fluids.

Posting a snap of her hand with a cannula in it on Facebook, she said: “In Aintree hospital, got quinsy, never felt a pain like it. I could swallow drink anything [sic].”

Quinsy, also called a peritonsillar abscess, is a rare and sometimes serious complication stemming from tonsillitis.

According to the NHS, it’s when a pus-filled abscess forms between a tonsil and the wall of the throat and is usually caused by a bacterial infection spreading from an infected tonsil to the area around it.

Symptoms of quinsy include difficulty opening the mouth and severe pain when swallowing, as well as bad breath, headaches and even difficulty breathing.

In a separate post, Crissy offered fans another update and thanked the hospital staff who cared for her.

One said, “Glad you’re feeling better Chrissy, take care my lovely” while another wrote, “Pleased you’re feeling relief but you need to rest” and someone else told her, “Take it steady, Crissy, health comes first”.

Crissy has battled health problems for a number of years. In 2000, she was diagnosed with vulva cancer.

Speaking to the Mirror, a source claimed the star hasn’t been feeling well lately.

They told the publication: “She’s been ill for a long time and her health has took a turn for the worst. She’s in the right place for treatment now but it’s the first time in years she’s been in hospital.”

Crissy is best known to many as Janey York from ITV sitcom Benidorm – a role she played from the show’s launch in 2007 until 2011, when she was axed, before reprising her part in 2012 and again in 2015.

In 2011, Crissy underwent surgery for her cancer and was later given the all-clear.

That same year, she appeared on ITV’s I’m A Celebrity… Get Me Out Of Here! and finished in sixth place.