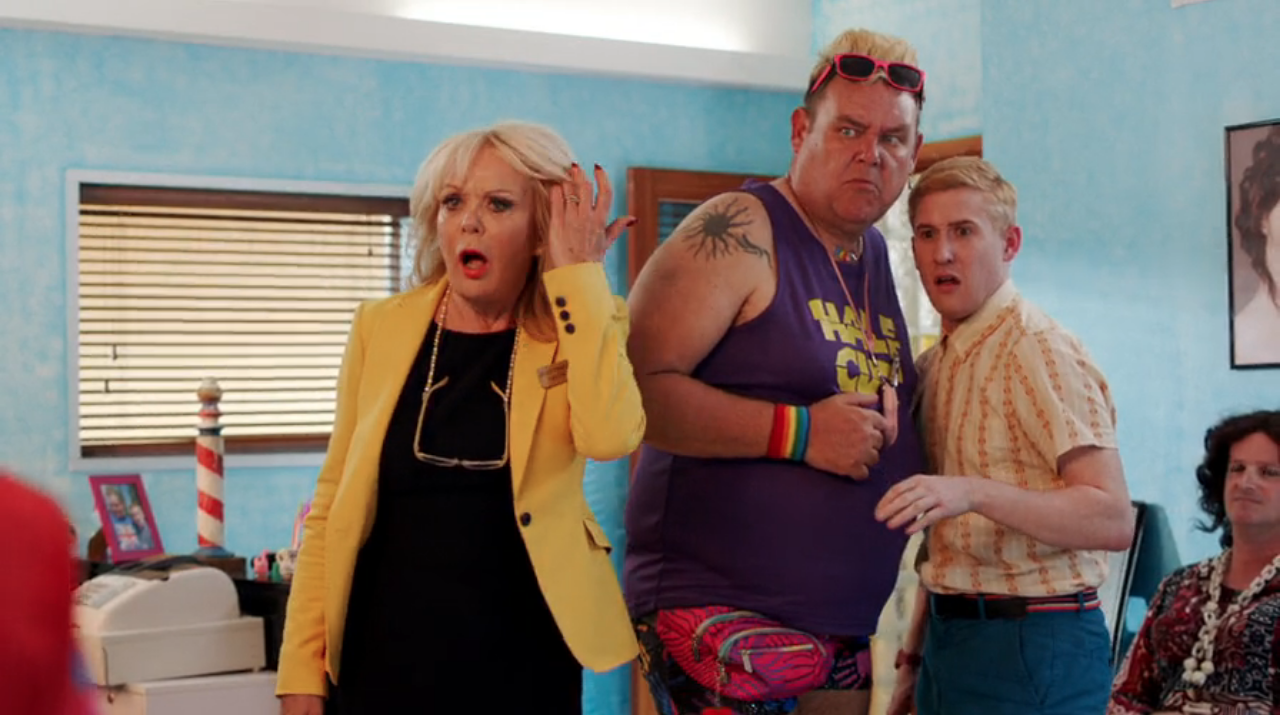 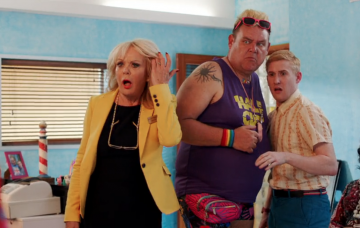 The resemblance to the Geordie fave was, er, uncanny!

Declan Donnelly may be going it alone for the first time in his TV career soon… but we’re not sure a cameo in last night’s Benidorm marked the start of his going solo, despite some fans wondering otherwise.

Viewers of the ITV comedy drama were left questioning whether Dec was making an unlikely guest appearance as a female impersonator after several noticed a likeness between an extra spied in the background of Tacky Jackie’s Blow ‘n’ Go and the Saturday Night Takeaway host.

Also seen trudging around the pool in a rather ill-fitting ensemble and brunette wig during a scene featuring undercover detectives Dennis and Nigel (played by 1980s comedy duo Hale & Pace), it seems some viewers were genuinely stumped as to whether Dec had gone all-inclusive.

Read more: Benidorm boss sets the record straight on whether sun is setting on comedy drama

There were even thoughts the actor in the blonde wig could’ve been Ant, too – even though that could quickly be dismissed by, well, looking at his face with functioning eyes.

Was that Ant and Dec I just saw? #Benidorm

Was that Dec dressed up as one of Lesleys friends ?? #Benidorm

Was that @antanddec Dec on benidorm?? #Benidorm

Even Derren Litten, the show’s writer, made reference to the resemblance on Twitter, egging on the possibility Dec had joined the cast.

Who thought we’d see Ant & Dec back together so soon. #Benidorm 🌴 pic.twitter.com/z5QlYpAbxv

Luckily, the gag was one most saw the funny side of… although some people responding to Derren were not impressed (and also very sweary, so their response is not found here on ED!).

Omg. I forgot how much he looked like dec

I actually thought that little one was dec for a second 😂😂😂

And in very bad news for Dec’s ego, one viewer compared the performer’s appearance to ‘Piers Morgan in a wig’.

Not sure about the timing, Derren. But at least Benidorm viewers got some entertainment from it.