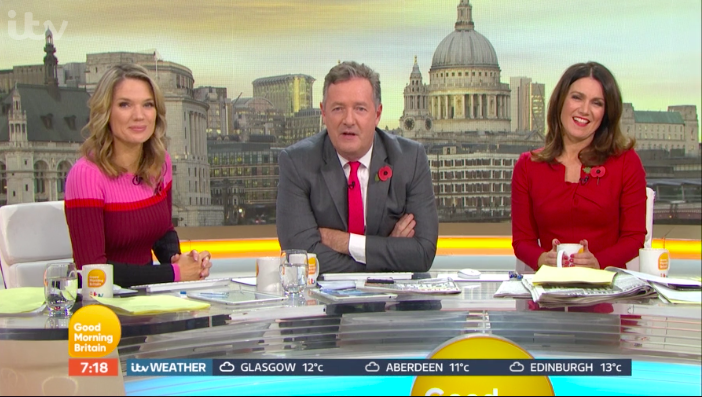 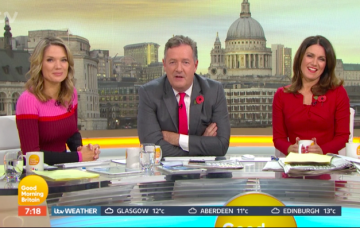 This is an amazing anecdote

Nobody wants an A-list love rival, but imagine if you were competing with the man just named the Sexiest Man Alive.

Pity poor Piers Morgan, then, who admitted on Tuesday’s episode of Good morning Britain that Idris Elba once hit on his wife.

During a chat about the British actor’s win – announced on Monday – Piers, along with his co-presenters Susanna Reid, Charlotte Hawkins and Richard Arnold, discussed how good Idris would be as James Bond.

His co-stars looked shocked as he added: “I don’t want to go into it, it’s too painful. Mainly because she was quite keen at the time…”

Susanna asked if they were married when it happened and Piers said: “I was engaged, yeah. He expressed an interest.”

The TV star explained that his journalist wife had interviewed Idris, and he’d brought her name up later in a different interview with The Times.

Piers – who married the author in 2010 – explained: “They said, ‘Oh, you’re single…? And [Idris] said, ‘Yeah, but you know who I should’ve given a call to? That lady from The Telegraph. And his agent goes, ‘Oh, that was Celia Walden.'”

The interviewer then told Idris that Celia was engaged to Piers, and the star of The Wire, Luther and Mandela: Long Walk to Freedom replied: “Who?”

Piers added to his co-stars that he later confronted Idris saying to him: “You know what really hurt me? You not knowing who I am – or pretending to not know who I was.”

He then joked: “Revenge will be a dish best tested cold, Idris.”

Charlotte added: “I don’t think he’ll be too worried, will he?”

Celia, 43, interviewed Idris in August, where she described his “flirtiness”.

The writer – who shares daughter, Elise, with Piers – has met the actor many times and once described him as being “undeniably blessed in the gene department.”

Sorry, Piers, but if Idris Elba had asked for our number, you wouldn’t stand a chance. It’s a good job Celia’s more loyal than us…

Would you choose Piers or Idris?! Leave us a comment on our Facebook page @EntertainmentDailyFix and let us know what you think.