TV's Piers Morgan has taken another swipe at Holly Willoughby and Phillip Schofield ahead of tonight's National Television Awards.

During Tuesday's Good Morning Britain, the presenter admitted he's still not attending the awards ceremony because he would "rather garrotte myself than sit through another Ant [McPartlin] and Dec [Donnelly], Holly and Phil carve up".

Piers, 54, said: "Good luck to Ant and Dec, wonder if you could pull it off for the 20th consecutive year. 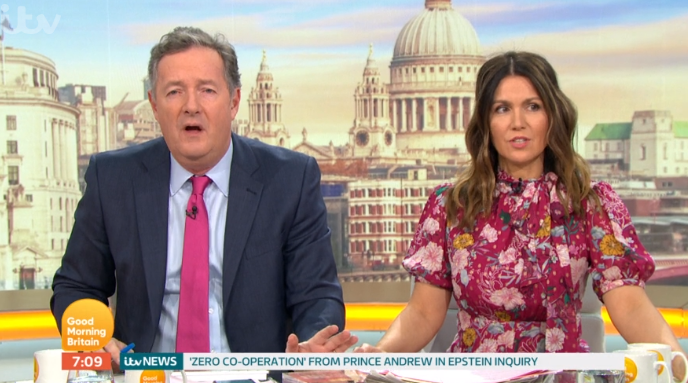 "And fingers crossed for Holly and Phil. I can't wait to see them up on that stage."

He added: "Spoiler alert: Holly and Phil win, again. It’s important that they win not least for their gigantic egos."

It’s important that they win not least for their gigantic egos.

Later in the show, he continued: "I'm not saying that they fix these things but I'm just saying they all share the same agent and they always win every award every year.

"We do not want anyone voting for us. It is set in stone, it's the law of television that the winners have to be Holly and Phil [and] Ant and Dec, who coincidentally share the same agent. 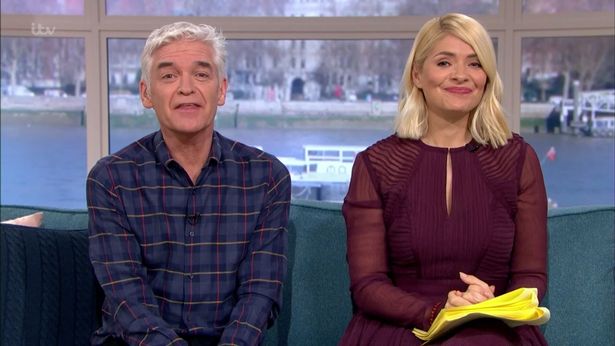 Later in the programme, Piers said: "I would rather garrotte myself than sit through another Ant and Dec, Holly and Phil carve up so I will be at home with a nice bottle of wine.

"I will be live tweeting and I think it’s fair to say I will be on some cases and I won't be holding back.

"The one big happy family narrative may take a little bit of a hit, so you may want to tune into my Twitter feed at 7.30."

Earlier this month, Piers revealed he was boycotting the awards ceremony and branded the ITV 'family' "backstabbing liars".

He said on the show: "This year, I'm going to be at home eating a large steak and I'll be watching the football.

'We don't want to sneak a win at the last minute and ruin Holly and Phil's moment.'

Voting for the NTA's closes at midday today but remember, don't vote for us 😉😅@piersmorgan |@susannareid100 | #NTAs pic.twitter.com/FnE6kspV9p

"I'm not going to any more award ceremonies where you sit there and the camera pans on my big sweaty head at the precise moment they go, 'and the winner is... This Morning.'

"Holly and Phil go, 'What us? Little old us for the 55th consecutive year?' and then they do their 'we're all one big happy family at ITV' when everybody knows we're seething hotbed of backstabbing liars charlatans, drunkards… They know who they are."

He joked: "I'm afraid, this year I am voting with my feet. You are banned Britain from voting for Good Morning Britain." 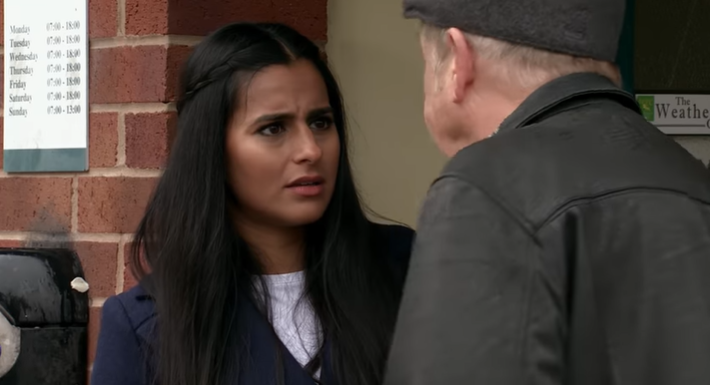