Viewers of Good Morning Britain have made their position about 'seat hoggers' on public transport very clear after a guest on the show suggested 'you can target a child' to give up their space.

Hosts Ben Shephard and Kate Garraway hosted a debate on the ITV breakfast show earlier today stemming from a reported incident in which a couple who appeared to be in their sixties refused to budge from train seats reserved by a pregnant mum for her and her children.

They are said to have dismissed Wirch Mancino-Williams and her three kids by allegedly telling them their pre-booked tickets "don't matter" and refusing to make eye contact.

Wirch, 37, detailed the frustrating clash on the CrossCountry UK Cheltenham to Nottingham route in a series of tweets that went viral yesterday - and insisted she and her kids were "being fair and following rules" while the older couple were not. 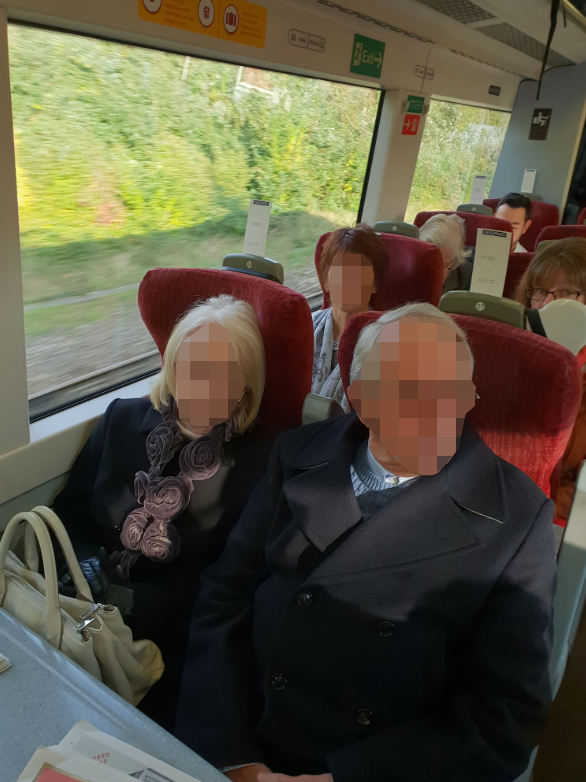 She claimed: "They immediately switched into bully mode as they saw us approach, clearly aware that those seats were ours."

Having provoked a huge outcry on Twitter, the debate shifted over to Thursday's episode of GMB. Journalist Afua Adom pointed out that when incidents like this occur, it seems to be families with children who are expected to vacate their seats, rather than other types of passengers.

However, fellow pundit Diana Moran expressed the view that children should accede to their elders as a matter of course.

"I feel that you can target a child because a child can temporarily sit on the mother’s lap, for example," she said.

'Yes, they've got young legs but they can be unsteady legs.'@afuathescot says the wellbeing of children on public transport should be just as much of a priority as the elderly but Diana Moran thinks otherwise.

Should children surrender their seats for the elderly? 👇#GMB pic.twitter.com/ecJjKtujVe

Afua went on to counter some moments later: "Buses and trains can be quite jerky as they’re moving. Yes, they’ve got young legs - but they can be unsteady legs."

However, when the topic was thrown back to viewers on social media, there was an overwhelming expression that the couple were very much in the wrong in this instance.

Saying the children should have just given their seats up to two rude entitled individuals is ridiculous.

Hundreds and hundreds of comments were made on Twitter in response to the question: 'Should children surrender their seats for the elderly?'

One person had a very popular view in tweeting in reference to the pregnant mum: "She paid for them so they are her seats."

Another agreed: "If you've reserved the seats you should get those seats. No questions asked."

A third echoed them both: "The lady reserved the seats! Being old doesn’t give you the right to be rude."

And another added: "If you've booked and paid for them they're yours, it's nothing to do with age, respect works both ways." 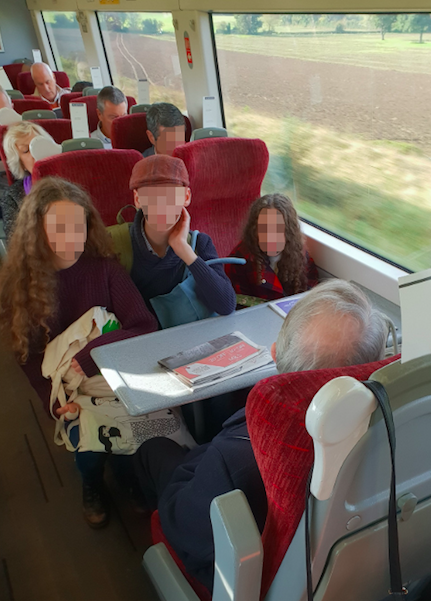 Other people felt breaking the debate down into 'children vs the elderly' was too simplistic.

"Young children may have hidden disabilities and may need a seat. People shouldn't judge," cautioned one tweeter.

"Older people should remember respect is earned and not given automatically!" suggested another social media user.

Another person contributed: "The woman had booked those seats for a reason. The older couple should have moved. I would have be fuming if that had happened to me. They say you respect your elders. But to me it has to work both ways."

Indeed, many respondents - who agreed considerations should usually be made for the elderly - felt the age of the people squatting in the family's seats was not relevant here.

"As a rule I would say yes, but not if you've actually paid for them!" replied one person.

"Ordinarily yes but not if they were reserved," agreed another.

A third person offered: "If your seat is reserved then it’s your seat. On public transport where you cannot reserve a seat (bus/tube etc) then of course, older people should be offered a seat."

And someone who believed themselves to be of a similar age to the couple said: "No, not if they have booked them. There is no reason that particular couple can not book seats they were just being bloody minded. I'm over 60 I book seats and I expect it to be available when I board."

A row has begun after a woman shared a photograph online of an elderly couple refusing to move from seats she had reserved for her children.

Should children surrender their seats for the elderly? #GMB pic.twitter.com/Uw6m1pjrvw

However, the perceived attitude of the couple was deemed by many viewers to be relevant to the row.

"It's not the question of whether or not children should surrender THEIR seats, but the utter disrespect the pensioners had for reserved seating," tweeted one person.

"They reserved the seats to sit together as a family, I don't care how posh you are, if you're in MY seat, you're moving!"

Another contributed: "Agree 100% about respect because its earned with no age restrictions.

"If I get on a bus and an elderly person is taking up two seats by having one blocked by their shopping trolley I ask them to move, I'm disabled and entitled to the use one of those elderly/disabled seats."

Others felt the "entitled" couple should have planned ahead themselves.

Another agreed: "She'd booked the seats for her family. Saying the children should have just given their seats up to two rude entitled individuals is ridiculous. On shorter journeys yes, but for a longer planned journey, it should have been the older people asking the conductor to find them seats."

And a third pondered: "Where was the train steward in all this. If a train operator offers reserved seats they should enforce it. I have seen this on my travels many times. There seems to be no repercussions to people who blatantly ignore reservations."

Nonetheless, with the majority of commenters siding with the family, there were a couple of people who believed the couple was in the right.

"Absolutely, children should get up and be polite about offering their seats to the elderly. What’s the matter with that mother? I was a teacher and it was the children of parents like her who drove me out," wrote one person.

"I think you should always be respectful to your elders. Full stop," said another.

A third person tweeted: "All of my four children would automatically stand to let an adult sit in their seat! Do think the elderly couple were quite rude in this instance, it would not have been an issue for me or my children; they would still have happily given up their seats for them."

Good Morning Britain air on weekdays from 6am