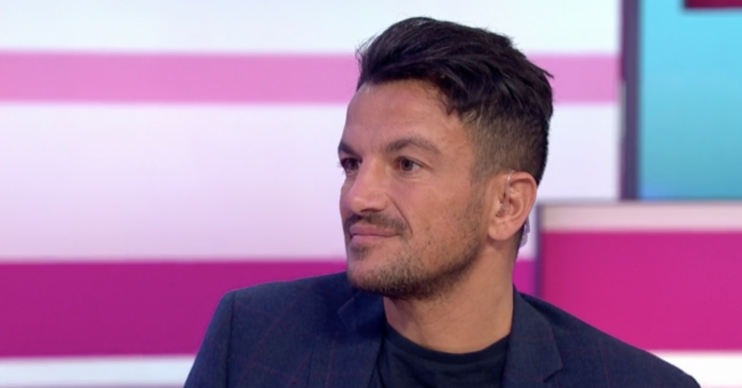 Pete is set to appear in the West End musical for two weeks and says the sexual abuse allegations levelled at the Beat It singer should be put aside to enjoy the music.

Continuing to defend his musical icon, Pete added: “This show is about the music. I always have to say that they are allegations.”

Chatting to hosts Ben Shephard and Kate Garraway, Pete said: “A friend of mine who loved R Kelly as much as they loved Michael Jackson will not listen to R Kelly because they saw video footage, evidence, whatever the documentary was.”

The father or four added: “I think that might be where the difference is, is this is still based on allegations. It doesn’t mean there’s no truth in it or you can in any way ignore it. But we’re not at that point where we know what happened.”

Revealing that he’ll be singing tracks from Jacko’s Off The Wall era in the show, Pete added: “I love the music, this is all about the music.”

Pete is set to appear in the show from December 10 to 22.

This is still based on allegations. It doesn’t mean there’s no truth in it or you can ignore it. But we’re not at that point where we know what happened.

The singer last appeared in the production in 2018 as part of its 4,000th West End performance celebration.

Pete said: “I had such an amazing experience performing in Thriller Live’s 4,000th gala night and I can’t wait to come back for a full run of shows.”

He added: “This is such an honour for me because Michael Jackson was musically the biggest influence in my life and career. He made me dream of being on stage and to be part of music.”

Pete was most recently seen filming a segment for Lorraine, leaving kids Junior and Princess mortified by his dad jokes.