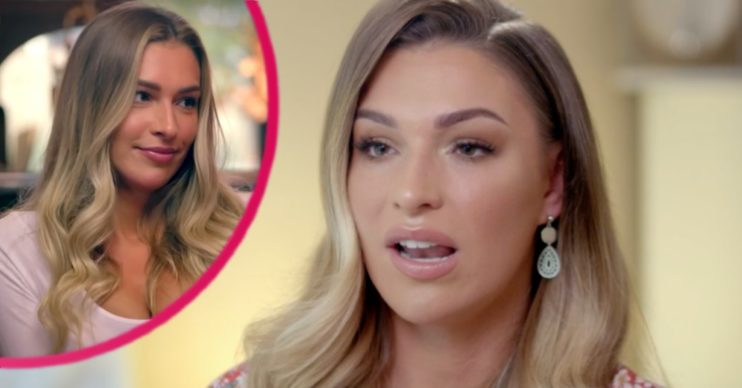 But who is the former Love Island contestant and what happened to her?

Who is Zara McDermott?

Zara McDermott is a former government adviser from Essex.

Before joining Love Island, Zara worked for the Department of Education.

However, she announced on Loose Woman that she had quit her former job back in 2018.

Before leaving, Zara said: “I think my job is quite different. A lot of people are interested in what I do on a day-to-day basis.

“There are two sides to me – I can be quite serious but I’m also spontaneous, fun and energetic.”

The brunette beauty entered the Love Island villa as a bombshell in 2018.

Despite being dumped by Adam in the villa, the pair went on to date when he arrived back in the UK.

However, it wasn’t meant to be and the couple split on Valentine’s Day in 2019.

Read more: Who did Zara McDermott cheat with? Made In Chelsea star back together with Sam Thompson

At the time, Zara said: “I am heartbroken to announce that Adam and I have parted ways. I love him very much and will always have a special place in my heart for him & our time spent together.

“I have tried so hard to be the best person I can possibly be and to make it work. Sometimes in life, you just aren’t enough for someone; no matter what you do for them or how much you try to be. For everyone asking if I’m ok, I don’t know that I am.”

At the time, she even considered taking her own life.

Furthermore, a second naked photo of Zara was leaked while she was in the Love Island villa.

The images were circulated on WhatsApp before making their way to Twitter and eventually the tabloid press.

It was so embarrassing and I just wanted to die

Speaking about the incident, she admitted: “It was so embarrassing and I just wanted to die.”

Making the programme has affected Zara so much she now wishes to move away from reality TV entirely.

She told The Sun’s TV Mag: “I would like to do more documentaries. I’m bursting with ideas and I think I surprised myself. I was obviously nervous, a year ago.

“That’s my goal for this year and next year. No more reality TV, it’s hard on the soul.”

Who is Zara McDermott dating?

Zara is currently dating boyfriend and Made In Chelsea co-star Sam Thompson.

In September 2020, Sam split with his girlfriend of 16 months after it was revealed she had been unfaithful.

The cheating reportedly occurred during Zara’s time on X Factor: Celebrity and it was not an isolated incident.

Thankfully, the pair have since reunited.

What is Zara’s net worth?

The reality star has been pretty successful since Love Island.

Meanwhile, she previously revealed she was once offered £3,000 for a single Instagram story.