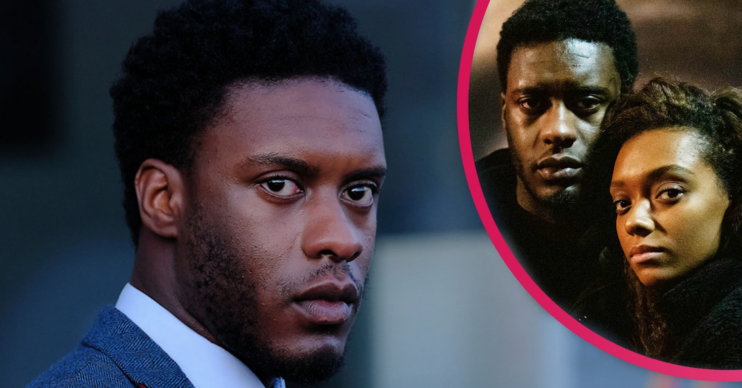 We can't wait to see this!

BBC One has released the first trailer for new four-part thriller You Don’t Know Me.

The series is just around the corner, and fans of crime drama are in for a treat.

What is You Don’t Know Me on BBC One about?

Based on the novel by British writer Imran Mahmood, the series centres around a young man who, with overwhelming evidence against him, stands accused of murder.

At his trial, Hero tells an incredible story about the woman he loves, Kyra, who got into terrible trouble.

He adds that he risked everything to save her and swears he’s innocent of the crime.

But in the end, all that matters is this: does anyone believe him?

What does the trailer for You Don’t Know Me show?

The trailer sees Hero meeting Kyra on a bus and developing a romance with her, but then freaking out after she goes missing.

He puts up missing posters and paces the streets in a bid to find her.

But then it takes a turn when he meets gang members, and then we see him in the dock.

The 40-second trailer ends with Hero saying: “I did not kill that boy…”

So could this mean he’s in the dock for two murders? And who is ‘that boy’?

It won’t be long until we find out.

Who’s in it and when is You Don’t Know Me on?

The cast includes Samuel Adewunmi as Hero, who viewers last saw as Ed/Theo in the ITV series Angela Black.

Appearing with him is Sophie Wilde as Kyra.

As for when it’s on… we haven’t got long to wait.

Look out for it on Sunday December 5 at 9pm on BBC One, with another episode the following day.

Crime drama You Don't Know Me