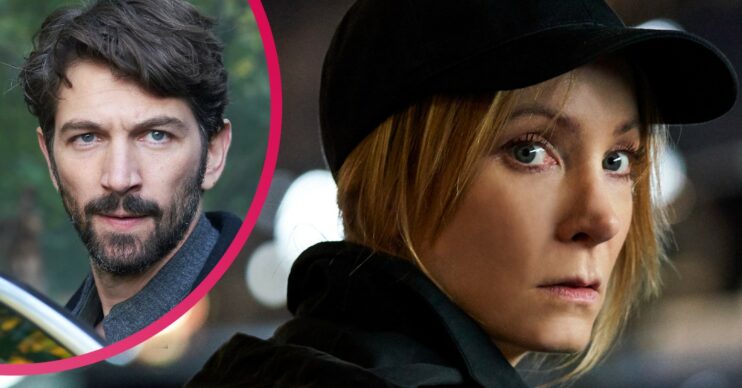 Olivier finally got his comeuppance - and not before time!

Angela Black came to an explosive ending this week with episode six, and viewers finally saw Olivier get his comeuppance.

Heroine Angela channeled her inner demons and unleashed all kinds of hell on her abusive husband.

And not before time.

By the end of Angela Black episode six, viewers STILL did not know what had happened to Yuki.

Yuki was Olivier’s work colleague who vanished after possibly having an affair with him.

Her disappearance was used to frighten Angela into thinking Olivier was capable of murder.

So what did happen to Yuki?

This is a loose end that was never tied up.

Olivier and Theo’s meeting – would Olivier really agree to this?

In the final episode of Angela Black, viewers finally discovered how Theo Walters and Olivier Meyer had met.

The pair met on a train and – quite unbelievably in our opinion – began chatting and eventually got drunk together.

Has that ever happened to you? No, us either.

Olivier and Theo then share their secrets and desires – with Olivier spilling ALL about his unhappy marriage.

Would such a controlling man really get drunk with a stranger on a train and then agree to team up with him to ruin his wife’s life?

Also the shocking truth that Theo was the mastermind of the plot seemed implausible.

Read more: Angela Black on ITV1: Who plays Olivier and where is he from? What else has Michiel Huisman been in before?

Angela Black episode six – Why was Angela able to take the kids from the school?

A desperate Angela turned up at her son’s school and asked to take them out for personal reasons.

And the school let her!

Why hadn’t super controlling and coercive Olivier told the school that he had custody and Angela did not?

Surely Angela had not been seen at the school for months after being sectioned?

Wouldn’t this have raised alarm bells with the school?

This was a blunder in our opinion.

Where did Angela suddenly get her anger from?

In a brilliant twist, Angela finally found her inner rage – something she’d been lacking all along.

She played Olivier at his own game and paid Theo to set him up.

They plotted to trick Olivier – and it worked.

The police arrested Olivier for beating up his wife but, on this occasion, it was actually Theo who had hit her.

It took five and a half episodes for Angela (Joanne Froggatt) to finally get her revenge.

It was a satisfying moment of TV, but how did the quiet mouse suddenly turn into a lion?

Angela Black episode six – when will Olivier be released?

At the end of Angela Black, Olivier was arrested for assaulting Angela.

For now, Angela Black is safe.

But for how long?

Will Olivier hire expensive lawyers and get off, as Angela suspected?

We would love to have seen Olivier banged up for life!

Or is there a hint of a second series of the thriller on ITV?

Angela Black is now available to watch on the ITV Hub.