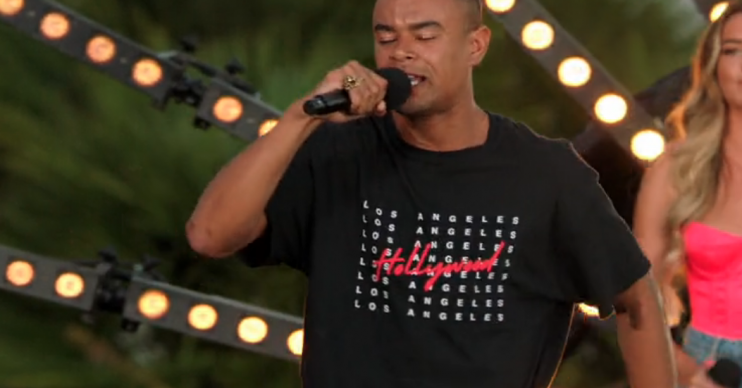 Wes Nelson stole the spotlight on X Factor: Celebrity last night with his rapping skills that left viewers blown away.

The 21-year-old reality star has been teamed up with fellow Love Islanders Samira Mighty, Zara McDermott and Eyal Booker to form a supergroup for the new ITV show – but fans were most impressed with Wes’ performance.

The judges were also impressed by the group’s rendition of There’s Nothin’ Holding Me Back by Shawn Mendes, with Louis Walsh telling them: “Guys, I thought it was really good.”

Simon Cowell also liked what he heard but said the group need to work on their “distinct sound”.

He said: “For a first audition it was a good performance but it’s finding your distinct sound… but the fact is you can all sing…”

And fellow judge Nicole Scherzinger was moved enough by Wes’ moment to shine that she put her hands in the air.

Many fans couldn’t believe what they were hearing as the former Dancing On Ice winner stepped forward for his moment – but there’s no doubting he was a hit with those watching at home.

“Wait so Wes Nelson can dance, ice skate and sing?? And he looks like that?? Madness,” tweeted one person.

“Highlight of my night is seeing Wes Nelson rap on CXF,” wrote another social media user.

Another person pondered: “Is there any other talent Wes Nelson is hiding?”

And yet another very enthusiastic fan added: “Wes Nelson is the best rapper in the UK if you disagree with us, you’re getting blocked.”

X Factor: Celebrity continues on ITV next Saturday from 8.30pm