Fans of The X Factor: Celebrity have been left stunned over The Chase star Jenny Ryan's singing voice.

The quizzer, who regularly wipes the floor with contestants on the hit show, saw the tables turned as she became the hopeful, competing to win a record contract on Simon Cowell's latest version of The X Factor.

But as she told how much she loved music and how it had changed her life, no one was expecting what happened when she opened her mouth to sing.

Taking on the Queen classic Somebody to Love, Jenny blew the judges - and the viewers at home - away.

Her deep tone and almost flawless performance had Nicole Scherzinger saying: "Somebody showed up to the party!" 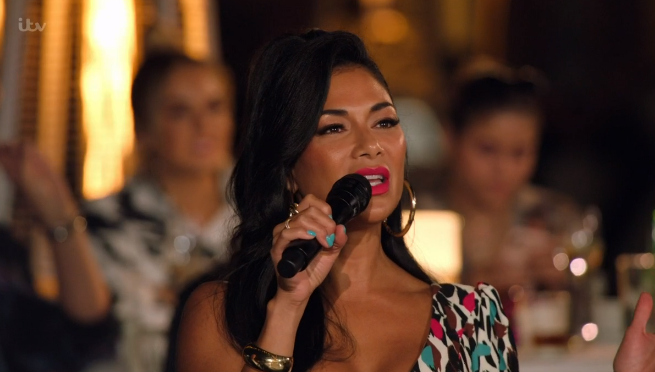 And fans at home couldn't have agreed more.

Can we just talk abort how TALENTED Jenny Ryan from the chase is? #XFactorCelebrity

I don’t think I’ll ever get bored of this, Jenny Ryan, for me, stole the show tonight, absolutely incredible 👏🏻👏🏻👏🏻#XFactorCelebrity #xfactor pic.twitter.com/fHyJ3xs5Du

Jenny from The Chase has got some pipes! #XFactorCelebrity

@jenlion OMG, Jenny, you are ph-nom-en-al, on #XFactorCelebrity who thunk you had a voice like that, not only do you crush dreams on @ITVChase but me thinks you might crush a few on the XFactor Celebs. @cher watch your space, I think it might just have been stolen.

OKAY JENNY WHERE DID THAT VOICE COME FROM???? #XFactorCelebrity

WOW Jenny that was amazing, such a surprise #XFactorCelebrity

@jenlion that performance was honestly amazing!! I am shell shocked🤯😲 #XFactorCelebrity

Earlier in the evening, broadcaster Martin Bashir had also earned a standing ovation from the judges and audience after he surprised everyone with his dulcet tones.

And after Jenny performed, group Try Star made up of rugby players Ben Foden, Levi Davis, and Thom Evans set pulses racing with their rendition of Blackstreet's No Diggity. 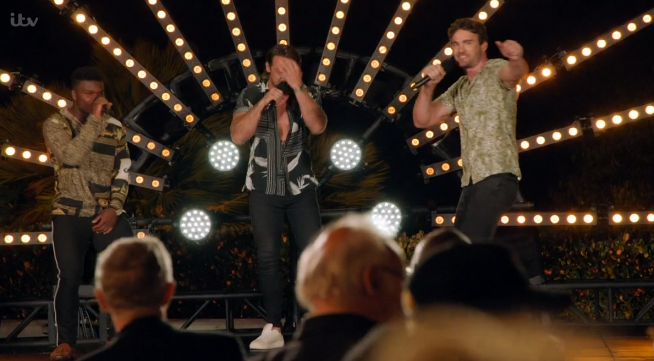 However, Strictly's Brendan Cole and actor Jeremy Edwards' duet didn't go down well and Jeremy raged after the performance that the judges had been mean.

Others pointed out stars such as Megan McKenna and Glee's Kevin McHale are already known for singing careers.