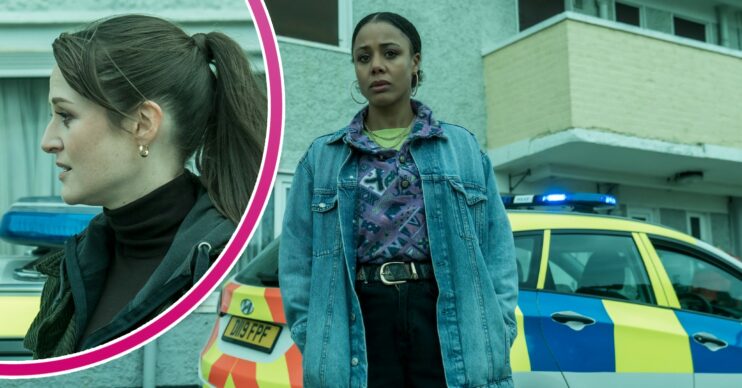 Witness Number 3: 5 questions we have after watching episode one of thriller

Jodie Packer's identity may not be so secret after all...

Witness Number 3 episode one has left everyone looking over their shoulder!

Channel 5’s new thriller followed the story of young mother Jodie who was a key witness to a crime.

And she later finds out that the suspect is a significant player in a powerful gang, who want justice for their friend.

After the first episode, we have SO many questions that we want answered!

So here are 5 questions we have after watching episode one of Witness Number 3.

***Warning: spoilers from episode one of Witness Number 3 ahead***

Witness Number 3 episode one: Who is watching Jodie?

In episode one, we saw Jodie Packer keen to testify against the criminal she witnessed leading a man to his death.

But what the police haven’t told Jodie yet is that the suspect is a major player in a violent gang.

When she returned home, we realised that she’s being targeted by the local gang members and followed back to her apartment.

And so began the witness intimidation against Jodie!

At the helm of it all was gang member Po, who asked to use Jodie’s phone, which we all know was just a tactic to get her phone number.

The gang started anonymously sending threatening pictures of wolves and gagged victims, which were harmless enough at first.

But things suddenly began to escalate when the gang took increasingly drastic measures to protect one of their own.

This included completely trashing her hairdressing salon and even taking away her son’s inhaler.

As things drastically became more serious, Jodie couldn’t shake the feeling that someone was watching her.

But, perhaps it’s a lot more personal than we think…

Is it just the gang who’s following her? Or are there other accomplices that are closer to home?

One things for sure, there’s someone out there who will stop at nothing to silence her!

How did they know who she was, if her name and address were taken off?

At the beginning of episode one, the police told Jodie that her identity would be kept secret.

They removed her name and address from her witness form and told her that she would now be known as Witness Number 3.

However, as soon as Jodie left the station, she was being followed by a group of gang members who videod her walking to her apartment.

But how could they know who she was if her identity was kept secret?

Was it just luck or had the gang been tipped off by someone else?

As Jodie’s fear increased, she began to question those closest to her.

Could someone in her life have betrayed her?

Witness Number 3 episode one: Who was her late husband?

After being harassed by awful messages and videos by the gang, Jodie went to the police.

However, she became frustrated when she found out that they weren’t able to do a lot to help her.

PC Ivan Barkas revealed that there wasn’t a lot they could do given her late husband’s past.

He explains that her husband was involved in drugs and arrested three times on drug-related charges.

“I know that he was just an addict, but what the system shows is that he was associated with a gang and was arrested three times on drug related charges.”

So what happened to her husband?

Was he involved in the gang who’s turned against her? And how did he die?

Should we be suspicious of PC Ivan Barkas, who claims to know Jodie?

He was acting suspicious from the very start!

It’s not every day that you meet a police officer who claims to know who you are.

On top of that, he also seemed too eager to persuade Jodie into dropping out of the investigation…

Let’s also not forget that PC Ivan Barkas is supposed to be watching over Jodie and making sure that she is safe.

But if he was truly taking notice, surely he would’ve seen the huge group of gang members standing outside of Jodie’s apartment in the last minutes of the episode!

Talking to Whattowatch, Nina Toussaint-White said: “I think you’re right to be suspicious of everyone.

“Jodie’s sent on this paranoia whirlwind.

“She’s always looking over her shoulder and she pushes away those that she loves and, as a viewer, you’re taken on that journey with her.”

How far will the gang go to stop Jodie from speaking out?

Episode one has already shown us some horrific tactics as the gang launched a terrifying campaign of intimidation against Jodie.

From filming her every move to vandalising her hairdressing salon, the gang seem to be willing to do whatever it takes to silence Jodie.

But even after Jodie stood her ground, the fight is clearly not over yet.

And it’s obvious that no one is safe!

So how far will the gang go to dissuade Jodie from speaking out?

Will her family and close friends become targets too?

Witness Number 3 starts on Monday July 18 2022 at 9pm and continues everyday until Thursday.

What did you think of Witness Number 3? Leave us a comment on our Facebook page @EntertainmentDailyFix and let us know what you think of our story.