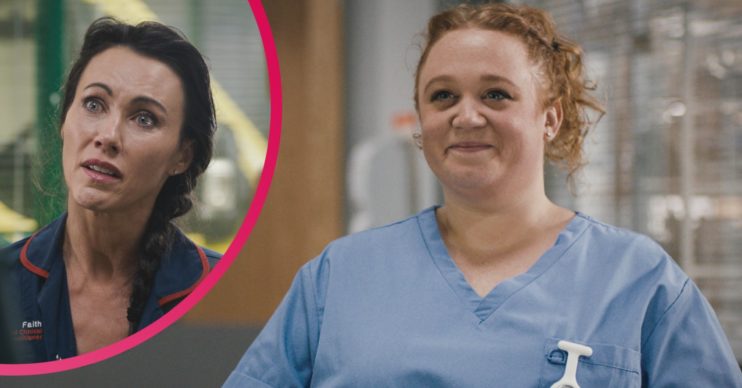 Why isn’t Casualty on tonight? When will the episode be shown?

Why isn’t Casualty on tonight? Casualty usually airs on Saturday evenings on BBC One, however there is no episode tonight.

Why isn’t Casualty on tonight?

Usually Casualty is on at 8.20pm on BBC One. However the episode will not be airing as Live Six Nations Rugby Union will be starting at 7.15pm.

France vs Wales will kick off at 8pm.

If you’ve missed any episodes of Casualty, they will be available to watch on BBC iPlayer.

When will the episode be on?

Unfortunately Casualty fans will have to wait till next Saturday (March 27) to see what’s to come!

Spoilers: What happens in the next episode of Casualty?

Things got worse when she saw him chatting to their colleague Marty and an attractive fireman.

Later Faith went and outright asked Lev if he was gay. He said no but Faith demanded evidence and wanted him to sleep with her.

For any number of reasons, including the fact one of their colleagues could’ve walked in, Lev said no.

Next week, Faith’s daughter is distressed after overhearing a conversation between her mum and Dylan.

Upset, she runs away and ends up taking a life-threatening drug overdose.

She is soon rushed to hospital and Faith realises that she can’t put anything before her child. Will Faith’s daughter be okay?

Meanwhile when Tina becomes concerned over a patient’s private life, Connie disapproves. She thinks Tina should be more focused on providing treatment for her as quickly as possible.

The next episode of Casualty will air Saturday March 27 at 8.20pm.

Will you be watching the Live Six Nations Rugby Union? Leave us a comment on our Facebook page @EntertainmentDailyFix and let us know what you think of these soap spoilers.