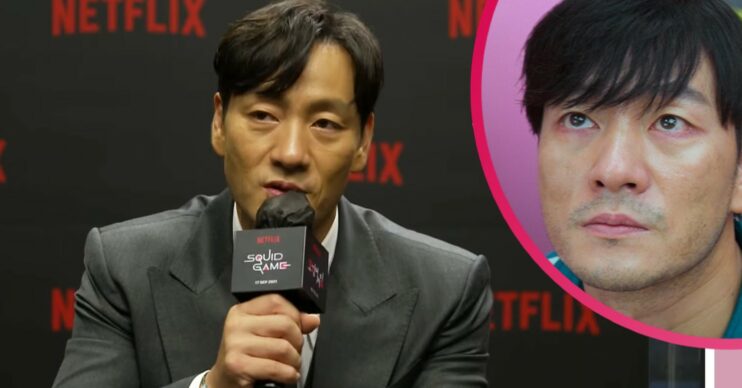 Who’s Squid Game’s Park Hae-soo? All there is to know about the Sang Woo actor

The South Korean actor has become a breakout star

Park Hae-soo has shot to global fame for his role in Netflix hit Squid Game.

The smash-hit series tells the story of a group of contestants who are lured into a competition to compete for a life-changing cash prize.

However, sadly for the 456 players, they quickly learn that there are some deadly consequences to taking part.

One of the Netflix show’s main protagonists is Sang Woo, who is played by actor Park Hae-soo.

Sang Woo is an investment banker who is desperate to win enough cash to pay back his clients who he stole from.

Here’s everything to know about Park Hae-soo

Park Hae-soo is 39 years old and from South Korea.

His acting career began in 2007 when he starred in the musical Mister Lobby.

However, he worked for over a decade as an actor before his big break.

He became a household name in his home country after starring as Kim Je-hyuk in the TV series Prison Playbook in 2018.

Squid Game debuted on Netflix earlier this month (September) and quickly hit the top spot in the UK.

Read more: 365 Days on Netflix: Who is Michele Morrone’s wife? What else does he do?

Opening up about the role, Park Hae-soo said: “As far as where we drew the inspirations from, the process of analyzing the script, along with having many conversations with the director.

He has also recently been cast in the upcoming season of the Netflix show Money Heist.

The actor is believed to be worth around $3 million (£2.2 million).

Park Hae-soo met his girlfriend in 2017 through a mutual friend. However, the actor likes to keep his private life out the spotlight, so not much is known about her.

After spending a year together, the actor proposed. Their wedding was officiated by Park Hae-soo’s best friend.

Park opened up about his decision to tie the knot, telling a fan on social media: “I want to tell you about my happiness.

“I’m going to start a new life with my partner. I wanted to be with someone like her who always holds my hands and gives me strength whenever I’m having a hard time.

He added: “I will continue to work hard as an actor while remembering the love and support that my family and fans gave me.”

Squid Game, season one, is available to stream on Netflix in the UK now