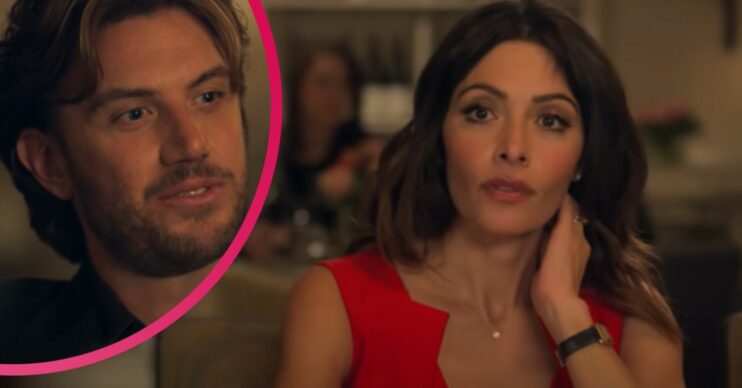 Will we see what happens next in the twisted love triangle?

It’s been confirmed that Netflix’s raunchy series Sex/Life is returning for season 2.

With Sex/Life ending on a hell of a cliffhanger, Netflix viewers were begging for a second series.

The series features actress Sarah Shahi and actor Adam Demos, who caused quite a stir when he appeared stark naked in one scene.

Now fans are getting ready for season 2, here’s everything we know…

When is season 2 of Sex/Life airing?

It’s been confirmed that Sex/Life season 2 will be “coming soon” to Netflix.

Read More: Sex/Life on Netflix: As Adam Demos flashes his penis, 5 other streaming shows with nudity

The Sex/Life Instagram page said: “Are you ready for more? Sex/Life will return for a season 2, coming soon.”

Meanwhile, Sarah – who plays Billie Connelly – said on Instagam: “Part deux coming soon. Thank you to those who got us here.”

What is Sex/Life about?

For those living under a rock, Sex/Life is the story of Billie, a suburban mother-of-two who is missing the hedonistic days of her youth.

Most of all, she misses Brad, her electric, high-powered music producer boyfriend who she hasn’t seen in eight years.

But one day, he reenters her life – and memories of their insatiable sex life soon flood her brain.

This doesn’t sit will with her straight-laced husband Cooper, who takes drastic action in order to feel back in control of his marriage and life.

What happened at the end of season one?

At the end of season one, it seemed that Cooper and Billie had their marriage back on track. She even returned to Columbia University to complete her PhD.

After both becoming tempted by other people, the pair vowed to fight for each other in order to work through their problems.

However, in the final minutes of the show, Billie was seen running through New York to Brad, finally giving in to her desire to be with him.

Cooper clearly hadn’t forgiven her either, and it was revealed he was tracking her on his phone.

Insisting she just wanted sex and had no intention of leaving her family, the series ended with Billie telling Brad: “Now, [bleep] me.”

Sex/Life series one is available now on Netflix.