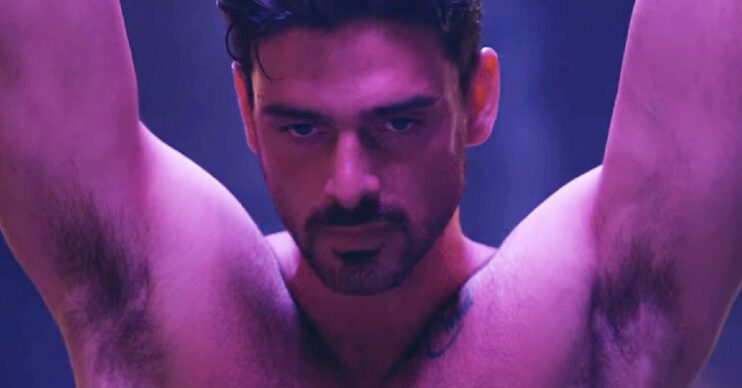 365 Days on Netflix: Who is Michele Morrone’s wife? What else does he do?

Michele Morrone was the breakout star of 365 Days on Netflix, and fans were disappointed to hear he has a wife.

But what else is there to know about the actor, and somewhat less importantly, what does he do when he’s got his clothes on…

Does Michele Morrone have a wife?

Michele Morrone and his wife, Rouba Saadeh, dated for a year before getting married in 2014.

Rouba is the founder of Le Paradis Des Fous, a lifestyle brand.

She was born in Lebanon and has a net worth of around £1.3 million.

Sadly, the couple ended up splitting in 2018.

After their break-up, Michele struggled with battling depression.

He took some time away from his career and went to stay in a small Italian village where he worked as a gardener.

Michele returned to work a year later, where he picked up a few small roles before bagging the part in 365 Days.

The actor has remained single since his break-up.

However, he was forced to deny rumours he was dating his male co-star after they were pictured looking cosy together.

In 2019, Michele Morrone told fans he and his wife had officially divorced after he was pictured with Italian ballet dancer, Elena D’Amario.

Despite his claim, the actor later confessed that he and his wife are just separated.

What else does Michele Morrone do?

When he isn’t stripping down for sex scenes, Michele is busy with his career as a wannabe pop star.

He released his debut album, Dark Room, in February 2020.

365 Days featured his most famous track, Feel It, and the video has more than 50 million views on YouTube.

Last year, Michele also launched his own women’s swimwear brand, AurumRoma. He designs all the clothing himself.

For more of our Netflix content, check out more stories here.

Are you looking forward to a 365 Days sequel? Let us know on our Facebook page @EntertainmentDailyFix.