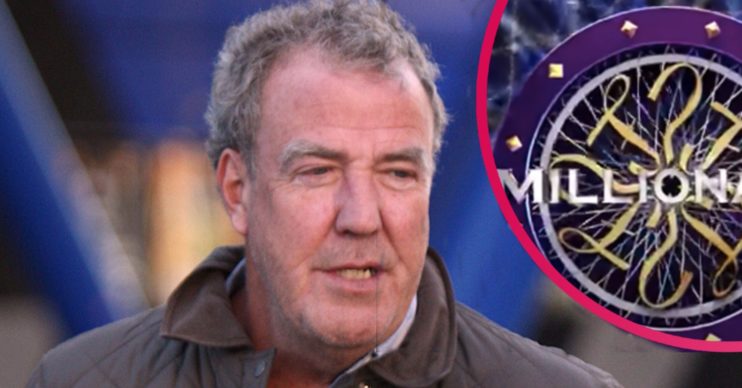 The host is delighted to finally have a winner!

Who Wants To Be A Millionaire will see a winner hitting £1 million jackpot in the upcoming ITV series, Jeremy Clarkson has revealed.

Jeremy, 60, noted that this is the first time someone has won the coveted prize in 14 years.

Speaking to The Sun, he said the contestant ‘whizzed’ through the questions at great speed.

The host said: “It felt like we whizzed through the questions.

“All of a sudden, confetti was falling from the ceiling and I was saying, ‘You’ve just won one million pounds’.

“I wasn’t sure I’d ever get to utter those immortal words. It was a little emotional — but, boy, did it feel good.”

Who was the last Who Wants To Be a Millionaire winner?

This will be the first time Jeremy has awarded a contestant a one million pound cheque on the show.

Taking over from Chris Tarrant on the show’s revived version in 2018, the show remains a huge hit for ITV.

The last competitor to win the top prize was back in 2006.

This was Ingram Wilcox, who at the age of 76, became a millionaire.

Why did Chris Tarrant leave the show?

There have been an additional six winners to date on the British series.

However, one of these, Major Charles Ingram, was disqualified in 2001 over alleged cheating.

Read more: Could you win Millionaire? Answer all the questions Charles Ingram cheated on!

As for Chris Tarrant he left the show on good terms.

He said he had no hard feelings but simply felt it was time for him to move on.

Chris said in a statement: “It’s been a huge part of my life for fifteen years and I’ve loved every minute of it, but it is time for me to move on from Who Wants to Be a Millionaire?.

“It’s been the most remarkable journey and I consider myself very fortunate to have been associated with Millionaire from its inception.

“ITV have been fantastic in their support from day one and to see its huge success has been thrilling.”

For Jeremy Clarkson, this was his big mainstream TV gig after being fired from Top Gear on the BBC.

Despite the show being hugely successful, he was sacked after punching a producer on location.

But it was just a new chapter for Jeremy, who not only now hosts the ITV game show but also the popular Amazon series The Grand Tour.