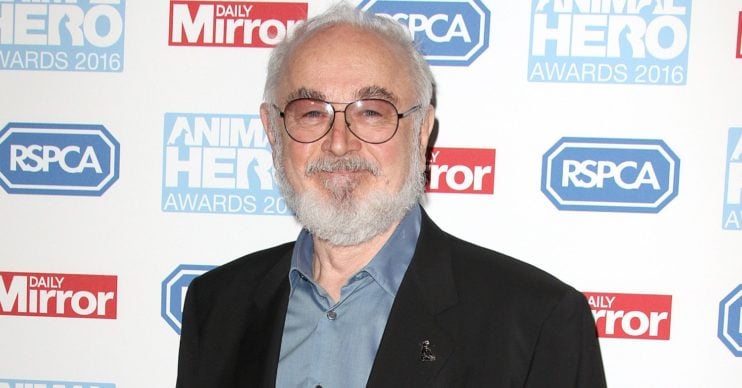 And what illness does his character have in the ITV drama?

Unforgotten returns for its fourth series this week, with actor Peter Egan reprising his role as Martin Hughes – but who is Peter’s famous wife and are they still married?

Peter is perhaps best known for his roles in Ever Decreasing Circles, Downton Abbey and After Life.

Here’s everything you need to know about Peter, his career and his role in Unforgotten.

Who does Peter Egan play in Unforgotten?

Martin is DCI Cassie Stuart’s dad, and has appeared in the series since 2015.

Cassie lived with widower Martin until he started a relationship with a new woman – a point of tension between him and Cassie.

What is wrong with Martin in Unforgotten?

This results in him developing depression and affects his relationship with Cassie.

We’re told: “Cassie’s relationship with John is going strong, but she also faces difficult times with both her son, who has moved back home, and her father, Martin, who is struggling with early dementia.”

How old is Peter Egan?

He is currently 74 years old.

Peter Egan wife: Who is she?

Myra is perhaps most famous for her role in the 1974 Second City Firsts episode Girl.

She performed the first lesbian kiss on British television with Alison Steadman!

Although she has now retired, she played the role of Anne Tranter in the 70s drama series Survivors.

She also played the villainous Lady Adrasta in the 1979 Doctor Who serial The Creature from the Pit.

What a brilliant treat : at the read through of After Life 2 : Sensational scripts : brilliant cast : ⁦@rickygervais⁩ is simply a genius : and of course Penelope Wilton is sensational : a gift : you ‘ll love it. (-:) pic.twitter.com/n9NAuDJ8u6

Peter Egan wife: Do they have children?

Myra and Peter welcomed daughter Rebecca together – and she’s followed in their acting footsteps!

Soap fans will recognise her as Kendra in EastEnders.

What else has Peter starred in? What is he famous for?

Veteran actor Peter has been on our screens for more than 50 years!

Viewers love him best perhaps for his role as flirty neighbour Paul Ryman in the sitcom Ever Decreasing Circles.

Peter entered as the owner of the Tambury Gazette and a possible love interest for Anne, played by his Ever Decreasing Circles co-star Penelope Winton…

Now that is synchronicity!

Unforgotten series four kicks off on Monday February 22 2021 at 9pm on ITV1.

Are you excited for the return of Unforgotten on ITV1? Leave us a comment on our Facebook page @EntertainmentDailyFix.