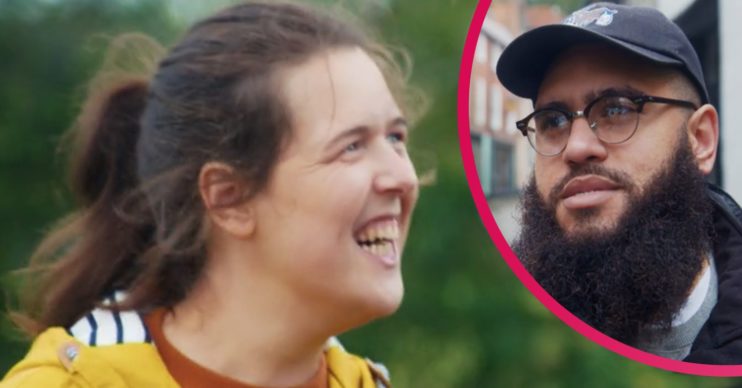 Who narrates Trip Hazard? And who is Jamali Maddix?

But just who is she? And who is today’s guest Jamali Maddix?

Who narrates Trip Hazard on Channel 4?

The narrator of Trip Hazard on Channel 4 is none other than Olivia Colman.

Olivia, 47, won an Oscar for her lead role in The Favourite and also starred as Queen Elizabeth II in series three and four of The Crown.

But she first gained headlines as a top tier English actress for her roles in The Night Manager and Broadchurch.

While her first breakthrough role came in 2003 when she starred in the cult favourite Peep Show on Channel 4.

However, Channel 4 executives originally told her they’d have no chance of scooping such an in-demand star.

But Rosie persisted, and insisted they fire off an email to her agent.

And to their utter surprise – she not only replied but agreed!

While chatting to Grazia, Rosie explained: “But she came back and she said ‘I love Rosie, I’m a big fan, I’ll do it.’

“Honestly, I’ve just taken a permanent residency on cloud nine because of that.

“And when you watch it, hearing her funny, beautiful and slightly judging voice of me, is just brilliant. For her to be a massive part of the show is just mind-blowing.”

Who is Jamali Maddix?

On the latest episode of Trip Hazard, comedian is joined by guest Jamali Maddix.

Here they explore the hidden wonders of Norwich.

Enjoying their staycation, they learn the eccentric ways of Molly dancing, try some local wine and give wrestling a go.

Jamali, 30, is a comedian and broadcaster from Essex.

He won the Chortle Student Comedian of the Year award in 2014 and is well-known for hosting thought-provoking documentaries with Vice.

Hate They Neighbour, on Vice, sees Jamali interview extremists around the world.

An unflinching look into the extremist psyche, Jamali’s been physically confronted on many occasions during the series.

He’s known for his long and well-groomed beard.

While speaking to the Evening Standard, he said sometimes people are intimidated by his impressive beard.

He claimed: “People are obsessed with my beard and thinking I’m a Muslim. I grew it when I was about 17 and I don’t trim it. It’s a weird thing, man, it’s like I know it’s a motif, but for me it’s just a beard, not a look.”

When is Trip Hazard on?

Trip Hazard: My Great British Adventure is on Channel 4 tonight at 8.30pm.

What’s more, all episodes are available to stream on All4 now.