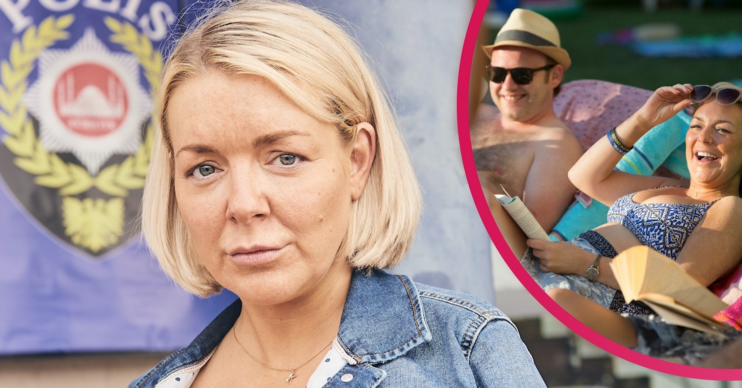 No Return on ITV: Where was it really filmed? Is Sunset Bay Hotel real?

Where was No Return on ITV filmed – and is Sunset Bay Hotel real? The four-part drama is set in Turkey, but eagle-eyed viewers may have spotted it’s somewhere else.

Starring Sheridan Smith – fresh from her role in The Teacher – No Return is a harrowing story of a family plunged into a nightmare while on holiday.

Here’s everything you need to know about the locations.

What is No Return on ITV all about?

Read more: No Return with Sheridan Smith: Trailer in full

It all starts off so well – drinks, karaoke and good times aplenty.

However, things turn sour when Noah is accused of a crime by the Turkish police.

It’s then that their nightmare truly begins…

Where is No Return filmed?

While the show is set in Turkey it was filmed in a different place entirely – Spain! – due to logistics.

“It would have been too complicated to shoot in Turkey, including the problems of the pandemic,” explains writer and creator Danny Brocklehurst.

“The area of Spain we have chosen looks like Turkey anyway.

“All you need to do is change the signage, including an exterior prison location near Malaga. With hotel and prison sets built in Manchester. It looks amazing.”

“We filmed all the exterior Turkey scenes in Spain,” he said.

“It was art imitating life in a weird kind of way.

“Because we were all staying in a holiday resort having over-packed. Some people brought loads of pairs of shoes with them that they never wore.

“One member of the cast brought four jumpers just in case it got cold. And it was glorious weather when we were there.”

“We all went together as a team for a month,” Sheridan told ED!.

“I was in most scenes, and I didn’t get much downtime, which I don’t mind because I love being on-set.

“But a lot of the cast had some downtime and went out to restaurants and went sight-seeing.”

She continued: “We filmed all the interiors up in Manchester, and things like the prison… I don’t want to ruin the magic of TV, but the prison is a set built at the old BHS store in Bolton.

“So we were all doing hot acting, but freezing!”

Is the Sunset Bay Hotel real?

The Powells and the McGees stay at the Sunset Bay Hotel, with the hotel staff keen to provide them with the best holiday they can.

Think entertainment in the evenings, drunken karaoke, beach parties during the day… everything you expect from an all-inclusive holiday.

However, while the hotel is real, the name is not.

As Danny and Martin said, it’s a hotel in Spain.

Executive producer Nicola Shindler told us: “The hotel was just perfect for us and exactly as Danny had written.”

Did you guess where No Return is filmed? Leave us a comment on our Facebook page @EntertainmentDailyFix and let us know.