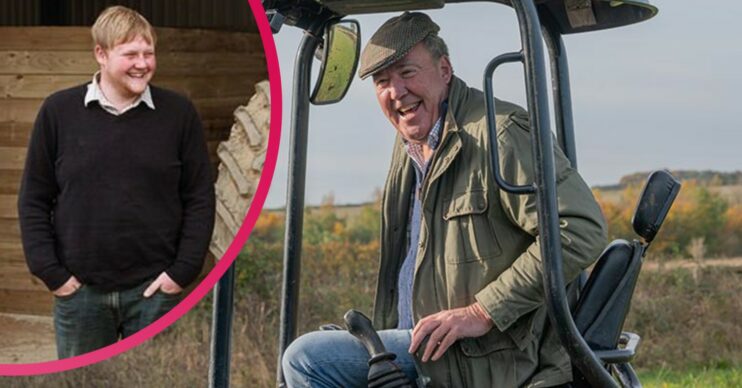 Where is Clarkson’s Farm filmed? And why are Jeremy’s neighbours complaining?

The novice farmer has issued an apology to them

Jeremy Clarkson’s farming show may have upset his neighbours, but Amazon Prime Video viewers are eating it up – so where is Clarkson’s Farm?

Where is its exact location and can you visit?

Read more: Is Clarkson’s Farm season 2 on the cards? It’s good news all round

Where is Clarkson’s Farm filmed?

Jeremy owns about 1000 acres of lands in the beautiful countryside.

The farm was formerly part of the Sarsden estate in Oxfordshire.

Jeremy bought the land in 2008 including Curdle Hill Farm.

The fields were mostly arable (used or suitable for growing crops), growing a rotation of barley, rapeseed and wheat.

At the time, these were farmed on a contract basis by a local villager called Howard but he retired in 2019.

Jeremy Clarkson then decided to try farming the land himself – with hilarious consequences!

The farm was renamed Diddly Squat by Clarkson to indicate its lack of productivity.

Jeremy has admitted that his previous take on farming was: “You’d put seeds in the ground and then weather would happen and then food would grow and I’d go on a skiing holiday.”

People of Chadlington. I’m truly sorry about the traffic around our farm shop last weekend. We are doing everything we can to improve the situation.

Can I visit Clarkson’s Farm?

Well, yes, which is why neighbours have been complaining…

Fans can visit Clarkson’s Farm shop, but NOT the land itself which is out of bounds to members of the public.

In the series, viewers saw Jeremy visibly rattled when trespassers had set fire to his hay bales after smoking on the site.

There are areas for the public to walk around the outskirts of the farmland, but other areas are private property.

Clarkson’s Farm opened in 2020 and is a small barn “full of good, no-nonsense things you’ll like”.

The website adds: “We do not, for example, sell kale.”

It also claims: “We also have incredible food. Literally the best hamburgers in the world. And a full bar including cool draft beers, lagers, ciders and of course rosé. Table seating is available overlooking THE BIG VIEW.”

All produce sold comes from the farm or other local growers in the Cotswolds area, except for the clothing range.

Diddly Squat Farm Shop is open Thursday, Friday, Saturday and Sunday 9.30am to 4.30pm and on bank holidays.

Former Top Gear host Jeremy was recently forced to apologise to his neighbours for the chaos caused by his Farm Shop.

He was unaware so many people would take an interest after watching his Amazon Prime Video series.

After posting about the grand opening on social media, cars flocked from miles around.

Jeremy told his neighbours he was “truly sorry” over the traffic chaos as fans flocked to his farm.

The police were even called as a result of the immense numbers of visitors.

“We are doing everything we can to improve the situation.”

A Thames Valley Police spokesperson told Mail Online: “Officers received reports in relation to congestion on the roads in Chadlington.

“Officers attended the scene, but no crime had been committed.”

Clarkson’s Farm is currently available to watch on Amazon Prime Video to all subscribers.