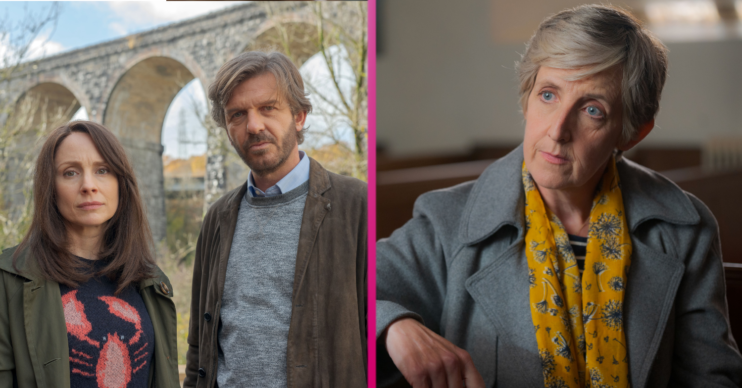 Where are the viaduct and reservoir in The Pact? Where is the BBC One drama filmed?

The series continues this week, with yet more twists and turns

The Pact continues on BBC One this week, with more twists and turns than a snakes and ladders game – but where is the viaduct in the six-part thriller?

Read more: Jason Hughes currently stars in The Pact – where are his old This Life cast buddies now?

Where is The Pact filmed?

If the plot-twists and seriously suspicious characters aren’t already dramatic enough for you, the location is pretty breathtaking, too.

Much like ITV1’s recent drama Innocent, set in The Lakes, or The Bay, based in the coastal town of Morecambe, the background can be just as addictive as the drama.

In The Pact, the beauty and atmospheric scenery can be found in South East Wales.

The cast and crew filmed the six-part drama in studios and on location across various spots in Wales.

These include Pontsticill, Rhymney, Pontsarn, Merthyr Tydfil, Marshfield and Usk.

Key locations you’ll see in the show include the Pontsarn Viaduct in Merthyr, the Pontsticill Reservoir and, most frequently, the Rhymney Brewery in Blaenavon.

Meanwhile, the BBC has confirmed that exterior shots of one of the gorgeous pubs spotted in episode two is Cefn Mably Arms in Michaelston-y-Fedw.

Written by Pete McTighe, The Pact started in a small studio in Cardiff and takes advantage of Wales’ “epic locations and incredible talent both on-screen and behind the camera”.

Where are the viaduct and reservoir in The Pact?

Key locations in the show include the Pontsarn Viaduct in Merthyr Tydfil.

The cast filmed the Evans brewery scenes at Rhymney Brewery in Blaenavon.

The historic brewery is still open to the public and produces popular ales.

The Pact viaduct: Why was The Pact filmed in Wales?

Writer and creator Pete McTighe chose Wales because “our diverse, cinematic Welsh locations are almost characters in themselves”.

He added: “The beauty and bleakness of the woods, the honeyed warmth of the brewery, the cool grandeur of the Evans mansion and the scale and menace of the looming viaducts add both production value and atmosphere.”

Producer Elwen Rowlands added: “It was hugely important to set and film The Pact in Wales for all involved.

“Both Pete and I wanted to portray the contemporary Wales that is our home.

“The strong sense of community, the diversity, the variety of accents, the landscape.”

Talking about filming in Wales, Julia Hesmondhalgh – aka Nancy – said: “We filmed in some completely beautiful places.

“The woods at Pontsticill are where a lot of the action takes place and you’ll see that beautiful landscape in all climates.

The Pact continues on Monday May 24 2021 and Tuesday May 25 2021 at 9pm on BBC One. The entire series is currently available to watch on iPlayer.

Are you enjoying The Pact on BBC One? Leave us a comment on our Facebook page @EntertainmentDailyFix.