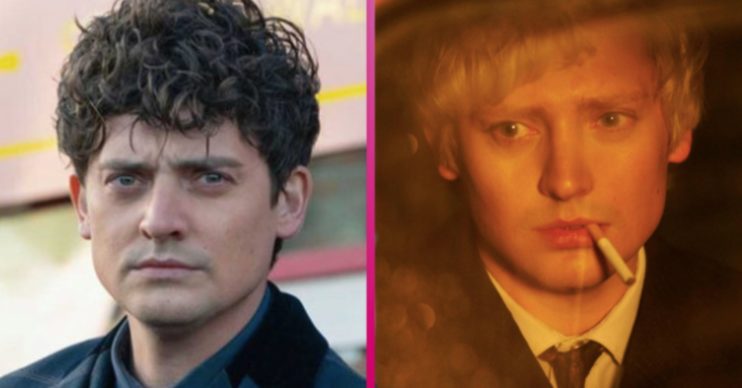 Aneurin Barnard stars in the new BBC drama The Pact along with the likes of Laura Fraser, Eddie Marsan and Julie Hesmondhalgh.

This Welsh actor, 34, grew up in Ogmore Vale, Wales, and he’s starred in several major movies and television series.

Read more: How to watch all episodes of The Pact now

So what has he been in? And who does he play in The Pact?

We delve into the life and times of Aneurin Barnard below….

Who does Aneurin Barnard play in The Pact?

Aneurin Barnard plays volatile boss, Jack, at a Welsh brewery. When his disheartened team play a prank on him – he ends up dead.

The four workers involved form a pact of silence and vow to protect one another. With shades of Big Little Lies, this new BBC series has already earned rave reviews from critics.

As for Anuerin, he says he finds his character Jack to be complex and multi-layered.

In fact, the actor explained: “Jack is a very complex character, who could just be seen as a one-dimensional antagonist in the drama.

Read more: Six burning questions from The Pact episode one

“But for me to approach playing him, I had to find the vulnerability and fragility within this young, damaged man, hidden deep beneath the pretence of a strong tough bloke with a cocky, selfish, ‘I’m bigger and better than you’ attitude. It was important for me to find what makes an unpleasant character like Jack tick.”

Who did Aneurin Barnard play in Cilla?

The actor had to transform his looks for the role. The dark haired actor dyed his locks blonde and wear blue contact lenses to pass as Bobby.

When speaking to Wales Online, Aneurin said: “It was one hell of a transformation. I found it thrilling. I love being able to embody someone completely different from myself.”

Who did Aneurin play in Dunkirk?

Aneurin played Gibson in Dunkirk, the mega hit World War II movie directed by Christopher Nolan. Gibson is a French soldier who pretends to be English in the hope of being rescued.

He only had one line in the film, but his role was memorable with both viewers and critics alike.

While speaking to Monrowe Magazine, he said it was a powerful experience filming at the beaches of Dunkirk.

Aneurin said: “It was quite wonderful as an actor to just respond to your surroundings, and that made it more real, it made it easier to make it more real because it was all just around us.

“We could be absorbed in this world and every day come out and recreate in our own special way this survival story at the beginning of World War II.”

Anuerin’s screen career dates back to 2003.

Prominent additional roles include playing King Richard III in The White Queen, John Trenchard in Moonfleet, Boris Drubetskoy in War & Peace, adult Boris in The Goldfinch and Gisbourne in Sherwood.

Does he have a wife?

Yes, Aneurin is married to Lucy Faulks. Since marrying the actor in 2017 she has taken on the double barrel name Lucy Faulks-Barnard. They also share a son together.

While according to Lucy’s social media, she runs a wellbeing company called Elevate.

So are you watching The Pact? Let us know on our Facebook page @EntertainmentDailyFix.