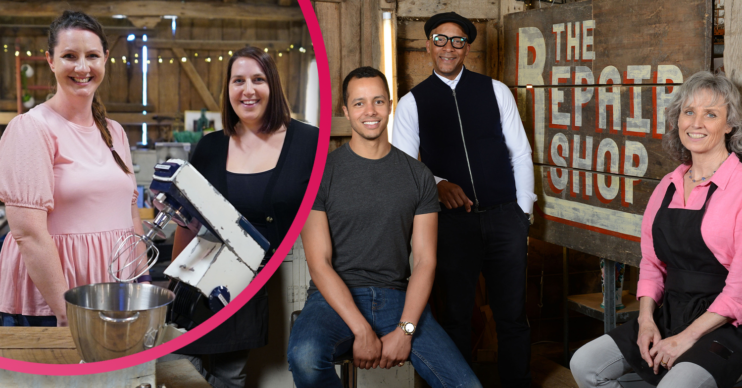 When is The Repair Shop on? Fans declare daytime slot a ‘demotion’

Will it ever return to primetime?

Fans of The Repair Shop have branded its move to a new daytime slot a “demotion” – so when is it on, and has anything else changed?

The Repair Shop – hosted by Jay Blades – is much loved by Brits, with some declaring it the best thing on TV.

So why has it been moved, and will it ever return to its original evening slot?

When is The Repair Shop on?

The good news is The Repair Shop is on every single weekday at the moment.

It’s moved to 4.30pm Monday to Friday, and each episode it 45 minutes long, instead of the usual hour.

The show’s assistant producer Dan Cross responded to viewers who hit out at the schedule change.

Why has this brilliant show been relegated to an afternoon slot.. shameful.. let’s start a campaign.

He assured them the 8pm show would return, but not for a while yet given they have 60 45-minute episodes to get through first.

He reassured viewers: “It will be back on at 8pm. But as with every series, there are 45-minute daytime episodes that go out first.”

What did viewers say about the change?

The Repair Shop viewers were a little perplexed about the change.

“Does anybody know why the new series of @TheRepairShop has moved from Wednesday evenings on BBC One to 4.30pm weekdays? Seems a strange time choice,” said one.

Another added: “Gutted that #therepairshop has a daytime slot.

“It’s a fantastic programme and beats all the other dross that fills the 8pm slot. Come on @bbc listen to your viewers & get it back on primetime,” said another.

“Shame it’s on at silly o/c in the afternoon. It should be on in a primetime slot in the evening! It’s like it’s been demoted being back on in the afternoon,” slammed another.

“Why is it on weekdays now instead of prime evening once a week? Excellent programme and the new shows are fantastic but all of them are… and deserve primetime!” declared another.

“Why has this brilliant show been relegated to an afternoon slot.. shameful.. let’s start a campaign,” said another.

“Loving it as always. But it does deserve its usual evening slot, even when it’s 45 minute shows,” said another.

What do you think of the change to the show? Tell us on our Facebook page @EntertainmentDailyFix.