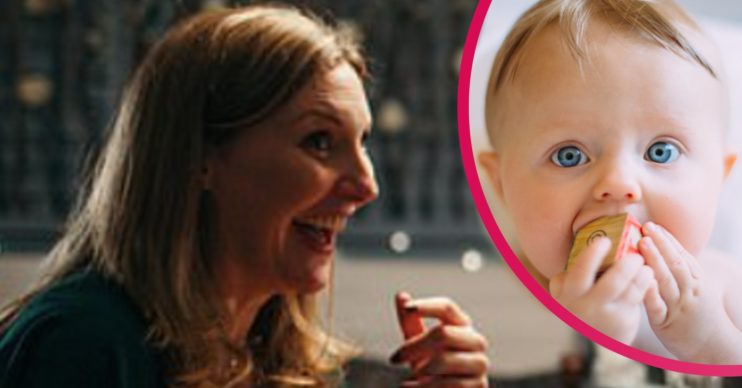 What is Strangers Making Babies about? Who are the experts on the Channel 4 show?

Yep you read the title right!

Strangers Making Babies is a new reality television on Channel 4.

The show explores the apparent modern trend of platonic people teaming up to have a child.

Already gaining some controversy, this new series will undoubtedly serve as a hot topic for debate.

So how does the show work? And who are the so-called experts?

Here we take a look..

What is Strangers Making Babies about?

However, this is not a romantic set-up, but a strictly platonic arrangement.

The matched-up couples then go on what appears to be a traditional date.

But rather than discussing their romantic hopes and dreams, they talk the logistics of raising a child together.

The show then follows each couple’s progress.

This four-part series was slightly derailed by COVID-19.

Filmed over the course of last year, potential parents are forced to continue communication via Zoom.

Who are the experts?

The women taking part in the show are set up on dates arranged by two experts.

Dr Wren is the Deputy Director of The Lister Fertility Clinic in London.

Speaking to the Mail Online, Dr Wren said: “Society has changed so much.

“People seem to struggle to meet someone to have a child with.

“Anonymous sperm donation is not ideal for all single women and surrogacy with egg donation might be an appropriate option for some men seeking to be parents, but co-parenting is for some a far better option.”

Based in London, the company has offices worldwide, and aims to match singles that are too busy for conventional online dating.

Are strangers really having children?

If we consider the thousands of children that have been born from flings or one-night stands, strangers making babies isn’t such a new thing.

But the trend of relative strangers deliberately coupling up to raise a child together is a new trend in the UK.

The trend has been coined ‘co-parenting’ and there are websites and forums dedicated to it.

In fact, an estimated 70,000 people are registered at such online platforms.

She told The Guardian: “It was a gradual realisation that this was a new phenomenon picking up speed.

“The main question for us is how does this relationship between parents, where there is no romantic relationship, develop, with each other and the child?

“Is the relationship breakdown rate higher or lower? Very early findings suggest that how well the parents communicate with each other and collaborate over childcare seems to make a big difference.”

When is Strangers Making Babies on?

The episode will be available to stream on All4 after it initially airs.