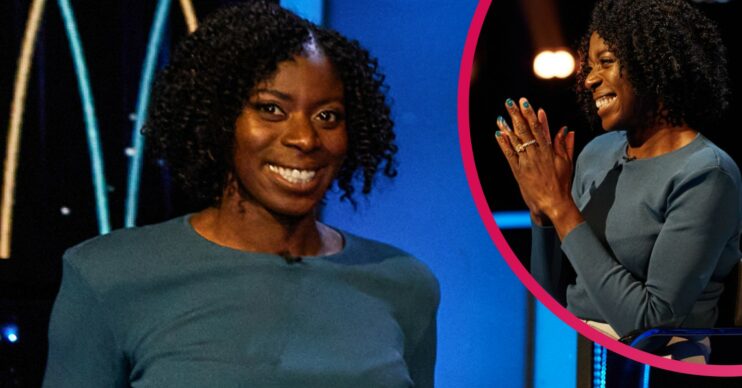 What is Christine Ohuruogu famous for? How old is she and where is she from?

She takes part in Who Wants to Be a Millionaire? Celebrity Special on ITV1

Christine Ohuruogu takes part in Who Wants to Be a Millionaire? Celebrity Special on ITV1 this week – but what is she famous for?

The Olympic athlete is perhaps famous for her dramatic fall from grace after missing three drugs tests.

She was banned from competing in the Olympics.

However, she went on to become one of the success stories of the 2012 games.

Read more: Jeremy Clarkson health scare forced him to give up smoking after 43-year habit

Who is Christine Ohuruogu and what is she famous for?

Christine is a former British track and field athlete who competed in the 400 metres.

She is famous for representing Team GB in the 400 metres event.

She competed in the Olympic Games, World Athletic Championships and Commonwealth Games.

Christine became the Olympic champion in 2008, and silver medalist in 2012.

She has also won six World championship medals in the women’s 4 x 400m relay as part of the GB and Northern Ireland team.

Christine shares the record for medalling in most successive global championships with Merlene Ottey and Usain Bolt.

She won nine between the 2005 World Championships in Athletics and the 2016 Summer Olympics.

Her relay bronze at the 2016 Summer Olympics made her the second British track and field athlete to win medals at three successive Olympic Games.

The Queen appointed her an MBE in the 2009 New Year Honours.

Why was she banned from the Olympics?

Christine was a budding athlete whose future looked bright.

However, she suffered a dramatic fall from grace after missing three drugs tests.

The British Olympic Association banned Christine for a year for missing three out-of-competition drug tests known as the “whereabouts” system.

The three tests that she missed broke regulations and counted as a doping violation.

Under IAAF and British Olympic Association rules, she received a one-year ban for missing these tests.

Christine was forced to miss the first test on October 12 2005.

She was also unavailable for the vital third test just prior to the Europeans in Gothenburg in 2006.

The British Olympic Association suspended her from competing in the 2006 European Athletics Championships.

They believed she had committed a violation of the anti-doping code.

Christine blamed a change to her training schedule for not being at the location.

At the time, she said: “I am utterly devastated and completely heartbroken by today’s decision to exclude me from competing for 12 months.

“I am now forced to consider my athletics future in light of today’s decision.”

However, her Olympic ban was overturned in November 2007 after she appealed to the Court of Arbitration for Sport.

Within days of the end of her year-long competition suspension, she won the gold medal at the 2007 World Championships in Osaka.

Read more: Beat The Chasers: Celebrities in the new special – all you need to know about them

When did Christine Ohuruogu retire?

The former Olympic and World 400m champion retired at the age of 34.

She said: “Today is the start of the British Championships and, as I won’t be competing, I feel it is a good time to announce my retirement.”

“I end my career with four Olympic medals and five World Championships medals.

“Athletics has been my passion for so long and I am proud to call myself an athlete.”

Why did she retire?

Sadly Christine missed out on selection for the individual 400m at the 2017 World Championships.

She failed to advance to the final at the GB World Championship trials in June of that year.

Christine finished third in her heat with a time which was five seconds down on her personal best.

She subsequently revealed that 2017 would be her last season in competition.

Christine admitted she did not feel ready to retire at the end of 2017.

However, her subsequent training had been restricted due to injuries and her studies.

She said: “I didn’t feel ready to retire after last season.

“But a combination of my studies and a niggling injury restricted how much training I was able to do this year.”

How old is Christine Ohuruogu and where is she from?

Christine Ijeoma Ohuruogu was born on May 17 1984 to Igbo Nigerian parents in Newham, East London.

She is currently 37 years old.

She has eight siblings, one of whom is Victoria Ohuruogu, a sprints competitor.

She has not spoken publicly about whether she is married or not.

She is not thought to have any children.

What is Christine Ohuruogu doing now?

Christine recently completed her second degree, in law, at Queen Mary University of London, near her old Mile End training base.

She then did work experience sitting alongside a crown court judge.

She enrolled at law school in September 2020.

Christine also popped up on Beat the Chasers: Celebrities on ITV1 earlier this year, and has even written children’s books!

Who Wants to Be a Millionaire? Celebrity Special

They each answer up to 15 questions that could possibly land their chosen charities a huge sum of money.

As ever, they have lifelines including Ask the Host, Phone a Friend and 50-50 available to them if they get stuck.

Watch Christine Ohuruogu on Who Wants to Be a Millionaire? Celebrity Special on Wednesday November 17 2021 at 9pm on ITV1.

Do you still enjoy watching Who Wants to Be a Millionaire? Leave us a comment on our Facebook page @EntertainmentDailyFix.