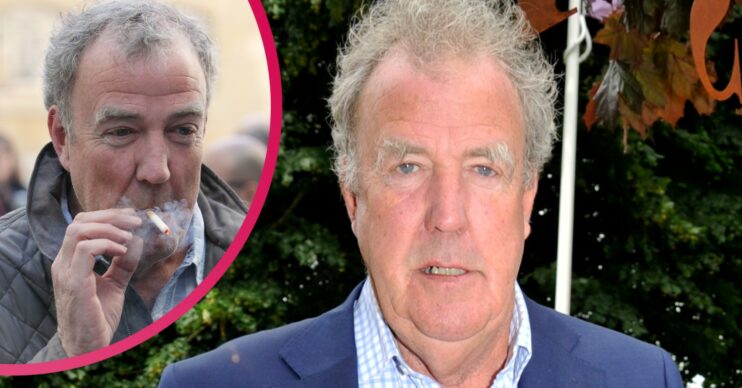 Jeremy Clarkson previously admitted to smoking 40 cigarettes a day, before a health scare put an end to the habit.

The presenter, who appears on It’s Clarkson On TV tonight (September 4), gave up smoking in 2017.

But why did Jeremy decide to stop entirely after 43 years?

The former Top Gear presenter was forced to give up smoking after nearly dying from pneumonia.

Jeremy contracted the virus while on holiday in Majorca.

In his column for The Sunday Times, the star said that he had “three nights spent spasming in my bed” before a doctor sent him to a hospital.

Read more: Jeremy Clarkson discovers connection to Who Wants to Be a Millionaire? contestant

It also resulted in him putting down his lighter for good.

He wrote in the column: “I was told, by everyone, that I had to stop. Immediately.

“I had no choice at the time because the blood poisoning was so bad and I was so racked with the resultant rigors that I couldn’t work a cigarette lighter.”

Jeremy also branded himself as “the world’s heaviest smoker”.

In 2018, the star celebrated his first anniversary of giving up smoking.

I couldn’t work a cigarette lighter

On Twitter, he shared: “One year ago today, I had my last cigarette. Smoked half a million of them over the years but don’t miss it really. Weird.”

However, he admitted he hadn’t given up nicotine.

Jeremy added: “Instead of smoking he’s taken up chewing, admitting he hasn’t been able to quit nicotine.”

One year ago today, I had my last cigarette. Smoked half a million of them over the years but don’t miss it really. Weird.

Meanwhile, the presenter did pile on weight after breaking the habit.

But with the help of girlfriend Lisa Hogan, he eventually managed to shed two stone.

Jeremy credited his weight loss to his extended break to South Asia with his partner.

Read more: Who Wants to Be a Millionaire?: Jeremy Clarkson admits he doesn’t know who Anne Hegerty is

Appearing on Jonathan Ross in 2019, he said: “They just have a better diet out there. Plus I had a bicycle rather than a car. Cycling is not a good thing to do, I’m all broken as a result of it but I did lose a lot of weight.

“Where I was staying was separated from the small town by a mountain but it was much bigger than Everest.

“It was only 3 kilometres and I cycled it every day, I said, ‘I can’t have a drink unless I cycle into town’. I wanted to get fit.”