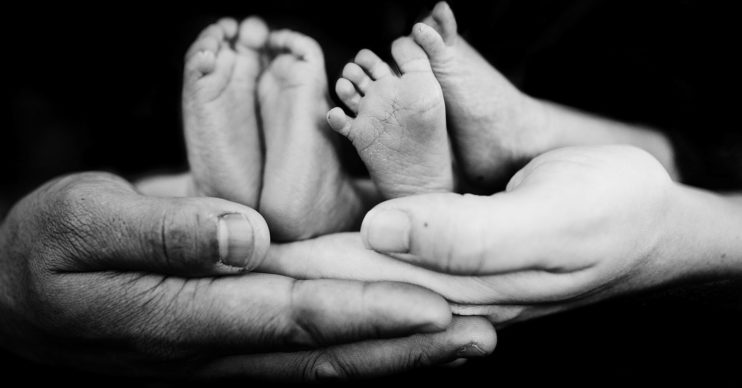 Two Sisters, One Body airs on Monday (March 15 2021) on Channel 4, charting the lives of conjoined twins Carmen and Lupita Andrade – but what causes conjoined twins?

Can the twins survive? And how many conjoined twins are there?

Read more: Caroline Flack Channel 4 documentary: Her mum reveals she had previously tried to kill herself

Two Sisters, One Body on Channel 4

This Channel 4 documentary introduces us to Mexican conjoined twins Carmen and Lupita Andrade.

The one-off doc takes an upbeat approach to the challenges they face on a daily basis.

At the girls’ birth, their parents Norma and Victor faced a scary dilemma…

They could attempt separation, where only one twin would survive.

Or stay together, with its own distinct challenges.

The Mexican parents and their two-year-old twins travelled to Connecticut 17 years ago for treatment.

They remain there on a discretionary visa programme.

They live close to the medical facilities that are crucial for their continued quality of life.

Conjoined twins are born physically connected to each other.

Although two foetuses will develop, they will remain physically connected.

There’s no known way to prevent it from happening.

Conjoined twins are always identical because they develop from one fertilised egg.

They are extremely rare and commonly connected at the chest, abdomen or pelvis.

About 70 per cent of conjoined twins are female, although most are stillborn.

After birth, living beyond 24 hours is extremely uncommon.

Who are the oldest conjoined twins in the world?

They died from congestive heart failure on July 4 2020.

Doctors felt separating them would be too high-risk.

The brothers lived longer than their heroes Chang and Eng Bunker, who lived to be 62.

Lori and George Schappell are currently 59.

How many conjoined twins are alive today?

There are possibly fewer than 12 adult pairs of conjoined twins across the world today.

Famously, Abby and Brittany Hensel from Minnesota are among them.

The teachers share a single body, but have separate heads, hearts, stomachs, spines, pairs of lungs, and spinal cords.

In December 2020, newly-born conjoined twins Yaseen and Yousef underwent a complicated operation to separate them in Yemen.

An echocardiogram showed that each of the two children had their own heart, though the position of the heart of one of them was not normal.

Can both siblings survive? Can they be separated?

Both siblings can survive, but it is an extremely rare phenomenon.

Approximately half of conjoined twins are stillborn, and an additional one-third die within 24 hours.

Her heart and lungs were dependent upon Grace’s.

However, if the operation had not taken place, it was certain that both twins would die.

Great Ormond Street surgeons separated Safa and Marwa Ullah in 2019 – who were joined at the top of the head.

Both girls remain healthy after 52 hours of surgery and the family returned to their home in Pakistan in 2020.

Chang and Eng Bunker were conjoined brothers born in Siam in 1811.

Miraculously, they survived until 1874, and travelled widely for many years.

They were labeled The Siamese Twins, and the term is still used to describe conjoined twins.

In fact, Chang and Eng were joined at the torso by a band of flesh, cartilage, and their fused livers.

In modern times, they could have been easily separated.