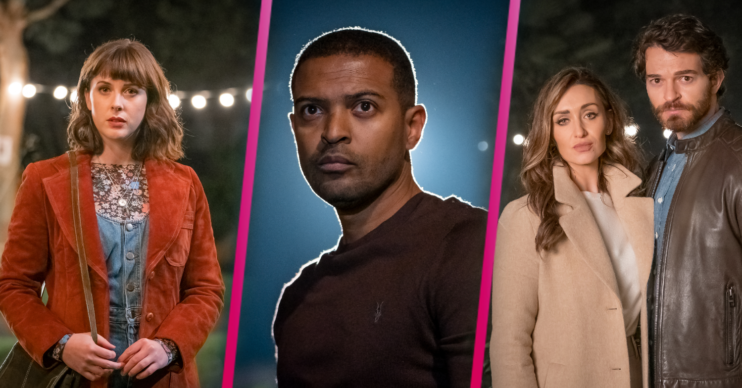 Viewpoint on ITV: 5 questions ahead of episode two and the main suspects so far

It's set up nicely for the rest of the week...

With the disappearance of school teacher Gemma Hillman dominating the lives of those living on a Manchester street, it was down to DC Martin King (Noel Clarke) to stake out the prime suspect’s house.

But with plenty of twists and turns teased, what are the questions we need answering before tonight’s second episode?

Our five questions after episode one of Viewpoint on ITV…

Did Greg really do away with Gemma in Viewpoint?

Greg (Fehinti Balogun) is the prime suspect in the disappearance of Gemma Hillman.

At the start of the episode, viewers saw Greg become aggressive and possessive after Gemma told him how the headteacher at the school had made (another) pass at her.

Read more: Viewpoint reviews: Viewers’ and critics’ opinions are in after episode one and it’s VERY divided

And then later during a police interview, it was established that Greg had sent Gemma over 30 texts in a day.

It’s obvious that Greg is the jealous type, but is he a potential killer?

And who was the other woman in his apartment that Zoe saw?

Who are the other suspects in Viewpoint on ITV?

Without doubt, the aforementioned headteacher is worth keeping an eye on.

At the very start of episode one, he asked Gemma out for a drink – in a school hall, when no one else was around.

And there’s something going on in the street.

But Kate may turn out to be an ultra Competitive Mum and Carl looked as though he cracked on to Zoe. So are they in fact the perfect couple?

During Martin’s surveillance, he saw Donald Vernon (Ian Puleston-Davies) hanging around the streets and handing a envelope to a mystery man.

Further investigation found that Vernon has a record. Could he be one to watch?

Will Martin’s trip to the hospital catch up with him?

During one of Martin’s nightshifts in Zoe’s apartment, he received a call from his ex, telling him his son was in hospital.

Torn between his job and his duties as a father, he decided to go to the hospital.

During his time away, Zoe decided to have a look through the viewfinder.

When she saw Greg entertaining another woman in his apartment, she telephoned Martin at the hospital to tell him.

He asked her to try and get the registration of the car, but this was procedurally dodgy to say the least.

So will Martin’s absence during that night come back to bite him?

Martin was the classic Detective With A Traumatic Past, and by the end of the episode, viewers understood a little bit more about him.

On a trip back to his former CID office, viewers were introduced to DC Hayley Jones (Shannon Murray).

They then saw in flashback that she was injured during an incident involving then-partner Martin.

Now she’s in a wheelchair.

So what really happened to DC Jones and what did Martin do?

Why did Zoe go into Greg’s apartment at the end of the episode?

As the episode wore on, Zoe became more and more fascinated by Martin’s case and was eager to get involved.

After the vigil, Greg invited her into his apartment to have a drink and chat things over.

Read more: Is Viewpoint on ITV based on Alfred Hitchcock’s Rear Window?

Despite Martin’s protests – it’s illegal for her to get involved, he told her – she went in anyway.

So why did she do this? And what is she going to find inside?