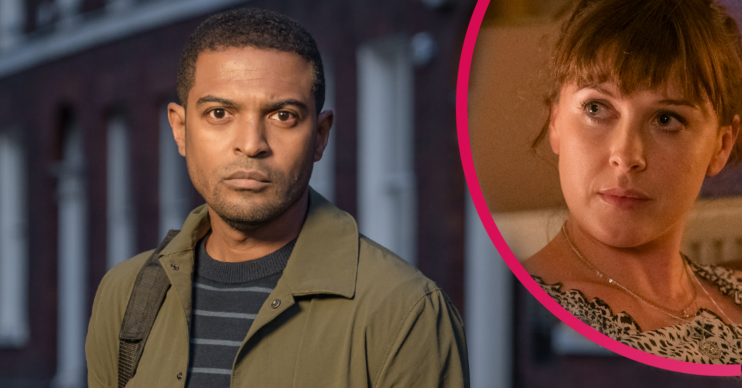 Viewpoint reviews: Viewers’ and critics’ opinions are in after episode one and it’s VERY divided

It got off to an intriguing start...

The reviews for Viewpoint are in and fans are divided over the ITV surveillance thriller.

Starting its five-night run last night (Monday April 26), viewers weren’t sure what to make of it.

Before the reviews, what was Viewpoint all about?

Noel Clarke played DC Martin King, a surveillance expert who was put on a job on a residential street in Manchester.

More or less moving into the home of single mum Zoe Stirling (Alexandra Roach), he positioned himself at her living room window.

Read more: Noel Clarke in Viewpoint: How old is he and what has he been in before?

His mission? To watch Greg Sullivan (Fehinti Balogun) – the prime suspect in the disappearance of his partner, school teacher Gemma Hillman (Amy Wren).

Throughout his surveillance, viewers saw Zoe getting more and more involved.

And, with a street full of suspects, the final scene saw Zoe enter Greg’s apartment to have a cup of tea against Martin’s wishes.

Although the series had promise, viewers were divided in their response.

I enjoyed #Viewpoint : I haven't decided on a suspect yet. pic.twitter.com/QizyZy9GLx

Just seen #Viewpoint, gripping I am going to be engrossed in this I think. Nice to see some familiar faces from #Corrie too.

What were the reviews for Viewpoint?

Some viewers took to Twitter to voice their opinions, and plenty loved the show.

Another said: “Just seen #Viewpoint, gripping I am going to be engrossed in this I think. Nice to see some familiar faces from #Corrie too.”

But, with the series finale of Line of Duty this weekend, one viewer thought Viewpoint filled the gap admirably.

It's so bad that in a comedy sort is way it's good! – it has for more holes than a sieve 😳😉#Viewpoint

Mother of god, what a come down this is after last night's exciting, edge of seat drama on the bbc! #Viewpoint

It wasn’t all positive…

While plenty of viewers enjoyed the show, some weren’t as enthusiastic.

One viewer said: “It’s so bad that in a comedy sort [of] way it’s good!

“It has more holes than a sieve.”

An exasperated third sighed: “Mother of god, what a come down this is after last night’s exciting, edge of seat drama on the BBC!”

What did the critics say?

Despite the mixed reaction on Twitter, critics lavished praise on the episode.

The Guardian said: “It’s human nature that is under scrutiny in Viewpoint, as much as plot machination and ‘who done what ‘n’ why’, and of course it’s all the richer for it.

“A great cast (including Phil Davis as Martin’s boss, who will presumably have more to do as the five episodes unfold) is anchored by the perfectly deployed Clarke.”

Read more: Viewpoint on ITV: Who plays Zoe? What else has Alexandra Roach been in?

The Independent wrote: “The whole set-up in Viewpoint is in fact a bit contrived, it must be said, and, so far, it’s hardly a masterclass in Hitchcockian tension.

“But we’ve barely been introduced to the cast and it holds much promise.”

While The Telegraph gave it a good overall review, it did have its issues with the drama.

“The drama is bogged down by the central conceit of so much action taking place through a window,” it said.

“It requires an Alfred Hitchcock to make that thrilling. Here, everything was at such a remove that it was a struggle to care.”