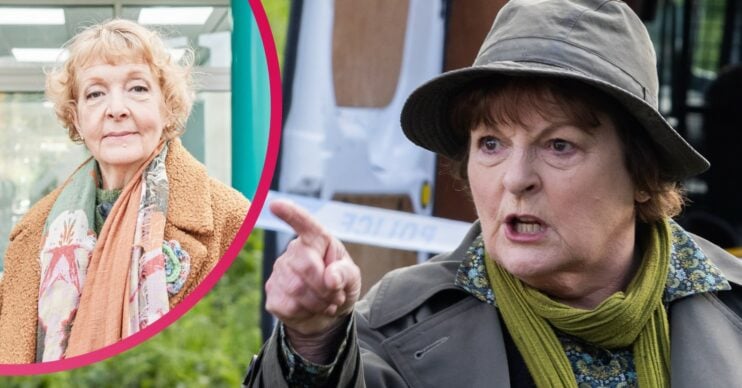 Vera series 11 continues this week with episode three entitled Tyger Tyger – and it has a brilliant cast of top TV talent.

Here’s everything you need to know about the cast of Vera episode three Tyger Tyger.

Grace is an underworld boss (and the performance is shamelessly camp).

Of course, Emmerdale fans will know Charlie from her role as vampy Val Pollard/Lambert.

Scriptwriters killed Val off on August 06 2015 in the highly publicised ‘Summer Fate’ storyline.

The dramatic episodes saw a helicopter crash into the village.

However, Val subsequently made several appearances afterwards as a ghost!

Since leaving Emmerdale, Charlie has portrayed Maude in Different for Girls and Sheila in The Accidental Medium.

Most notably perhaps, she joined the cast of Ackley Bridge as Sue Carp.

Soap fans will know Bill for playing a rather unsavoury character in Coronation Street.

Tracy Barlow murdered him in 2007 in an explosive storyline.

Since leaving Corrie, Bill has appeared in the likes of Midsomer Murders, The Bill, Casualty and Silent Witness.

He starred as James Barton in Emmerdale for four years from 2013 until 2017.

Bill has also portrayed Simon in After Life, and Sean Hardacre in Before We Die.

The 63-year-old is well known to TV fans for his roles in The Upper Hand and Truckers.

Joe starred in The Hanging Gale alongside his famous McGann siblings.

Brian Edward Hutchinson was the father of Tony, Verity, Eric and Eva.

Villain Edward died after he attempted to poison his own son Tony.

He poisoned a mince pie and believed that he’d fed it to his son, but instead ate it himself!

Linda is probably best known for her role as Pam Coker in the BBC soap EastEnders.

You see, all the major soaps are represented in this week’s instalment of Vera!

She joined the cast of EastEnders in 2014 as the wife of undertaker Les Coker.

Pam was billed as “a small woman with a big heart and an even bigger shoulder to cry on”.

The character was written out of the show as a regular character in 2016, however has popped back on and off ever since.

It’s been confirmed that she’ll return for one episode on Thursday January 13 2022.

Actress Lin is also known for her roles in Doctors, Ackley Bridge, Casualty, Silent Witness, and The Bill.

Vera Tyger Tyger cast – who else stars in episode three?

Vera continues on ITV1 at 8pm on Sundays.

Is Vera your favourite detective drama on TV? If not, which one is? Leave us a comment on our Facebook page @EntertainmentDailyFix.