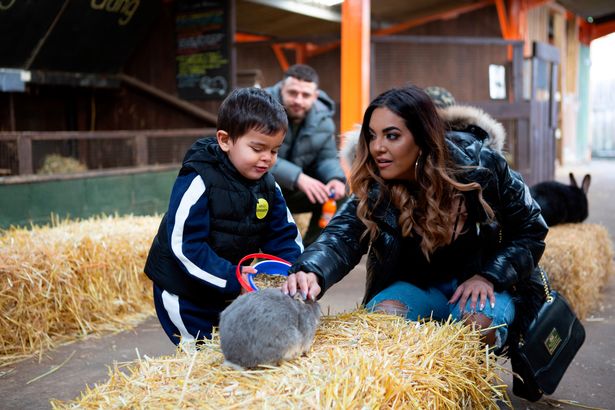 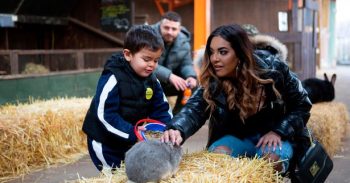 A three-year-old boy was caught in the middle of warring parents...

Some even branded the fly-on-the-wall show as “appalling” for featuring a young boy caught in the middle of his warring parents.

On Wednesday night (April 24), viewers were introduced to Cyren and new partner Meaghan, 19, who had agreed to live with his ex Laura in the hope of bringing the fractured family to an agreement.

At the start of the observational documentary, we were assured that “professional support is on hand if required”, but the concept left many viewers troubled.

As Cyren and Meaghan moved in with 33-year-old Laura for seven days, fans immediately feared for three-year-old Leo – who hadn’t seen his dad Cyren for six months.

For the past half a year, Cyren had been absent from his young son’s life after failing to pay child maintenance and not turning up when he was scheduled to take care of him.

In heartbreaking scenes when Leo saw his daddy again, he said: “Be nice to mummy.”

During the next turbulent days, the three adults suffered a series of setbacks as they attempted to come to a resolution.

Eventually, the week long experiment proved a success and Laura agreed that Cyren can visit Leo for a few hours every day and have him every other weekend.

However, Laura insisted that, for the time being, Meaghan is not to be at home during the visits and that Cyren has to start supporting Leo financially.

But viewers felt uneasy about the show, accusing it of being exploitative.

One said: “Children can’t consent to being filmed while their parents fight over them on telly. Awful.”

Not sure about the morality of involving a child in what’s essentially a sordid bit of cheap reality TV!! #oldwifenewwife

This is the worst concept for a television program, even for Channel 5 this is a car crash. #oldwifenewwife

This show is Jeremy Kyle on steroids #oldwifenewwife

Another said: “What is this nonsense I’ve stumbled across on Channel 5? Who thought putting a child in the middle of these car crash relationships on TV was a good idea?!”

A third chipped in: “Totally irresponsible and exploitative to include a three-year-old in this appalling programme. #oldwifenewwife.”

“Channel 5 should pull [this show] immediately,” slammed another, while yet one more said: “This whole set-up is so unfair on the child.”

Yet another said the show was “Jeremy Kyle on steroids”.

However others said they were “hooked” and “looking forward to next week’s episode”.

Channel 5 responded to the comments with a statement to ED!: “With over 40 per cent of marriages ending in divorce, Old Wife, New Wife is a documentary series which seeks to resolve animosity in marital relationships which have broken down, for the sake of their dependents.

“The ambition is to help those featured in the programme to be able to move forward with their lives.”

Do you think it’s fair to involve the three-year-old in filming? Leave us a comment on our Facebook page @EntertainmentDailyFix and let us know what you think!