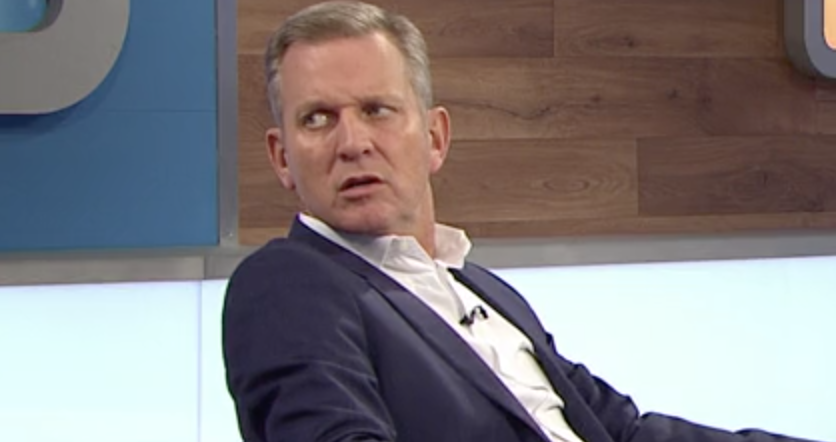 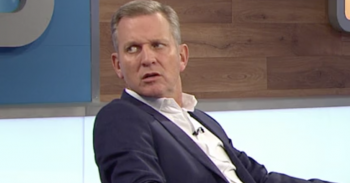 The guest claimed she watched the show while having sex

Jeremy Kyle found he was a little more involved with his guests than usual after one admitted to watching his show while having sex with her ex-partner.

He was delving into the past relationships of a guest named Danny on The Jeremy Kyle Show, and the children he’s had with his former girlfriends.

He claimed that one ex, Lorina, had denied him access to their children, and had also stolen his dog.

But when Lorina came out to discuss the situation, there was one thing Jeremy wanted to clear up first – the couple’s sex life.

He claimed that Danny’s claims of sexual prowess had been unfounded, according to what Lorina had told his production staff.

When Lorina took a seat on stage he said: “I would like, before we do anything else, to give the line you gave to my team, which is – I’m going to take this as a massive compliment.

“He describes himself as a sex god. As loud as you can tell them what the sex was like.”

“It was [bleep],” Lorina said. “I would lie in bed with a pillow over my head watching Jeremy Kyle on the rerun with headphones on while he went at it because he lasted three minutes max.”

The conversation got back to the matter at hand for a moment, with Danny’s current girlfriend coming to defend him.

But when she mentioned the name of his dog – Shirley Basset – Jeremy got a little distracted again.

“Shirley what?” he said, upon learning the name of the dog, who is a basset hound. “Shirley Basset?”

As his guests continued to argue, he called for a Shirley Bassey song to play in the dog’s honour, before cracking out a couple of lines of Diamonds Are Forever on his own.

What do you think of the confession? Leave us a comment on our Facebook page @EntertainmentDailyFix and let us know.