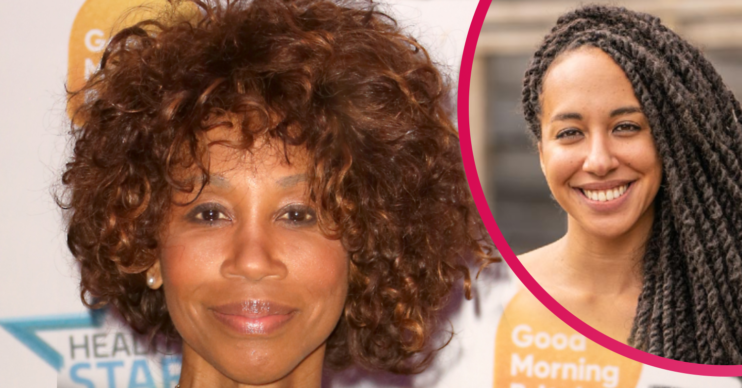 Daughter Billie is set to be on our screens too

Trisha Goddard will be making a comeback with a new daytime show.

According to reports Trisha, 62, is being lined up for a return to ITV, the channel where she made her name.

What will Trish Goddard be doing?

The Sun reports that Trisha’s comeback will take the place of The Jeremy Kyle Show in the daytime schedules.

The newspaper says that the host is “shooting a pilot” for the channel.

Her hit talkshow Trisha previously aired daily on ITV between 1998 and 2005.

“It’s being referred to as Talk to Trisha at the moment.” A source says

“But telly fans will recognise it for what it is — the old legendary show and her back together.”

Has Trisha Goddard commented on the news?

Trisha has lived in the US for the last several years.

But the mum-of-two has “signed with a new talent agency” in the UK and it’s claimed she’s ready for a UK comeback.

Leaving a cryptic Instagram message after the claims were made.

Pictured holding a finger up to her lips, she captioned the photo: “No comment!”

Who is Billie Dee Gianfrancesco?

Trisha’s daughter, Billie Dee Gianfrancesco, 30, will be on our screens from Sunday (October 11) in Channel 4’s new reality show, The Bridge.

Based on a Spanish format, Billie is one of 12 contestants that will live together in a cabin in the British countryside.

Why is Billie going on The Bridge?

Billie says her mum is, “nervous about reality shows in general, which I don’t blame her for, but she is very, very supportive and she understands that I’m a bit stuck in a rut in life.”

The publicist was living alone during lockdown.

A couped up Billie used the time to think about where she’s going in life.

She subsequently decided to give The Bridge a go.

Asked to describe her personality, she says that her friends would call her a “nutter”.

And last year, Billie opened up about her issues with drugs and booze.