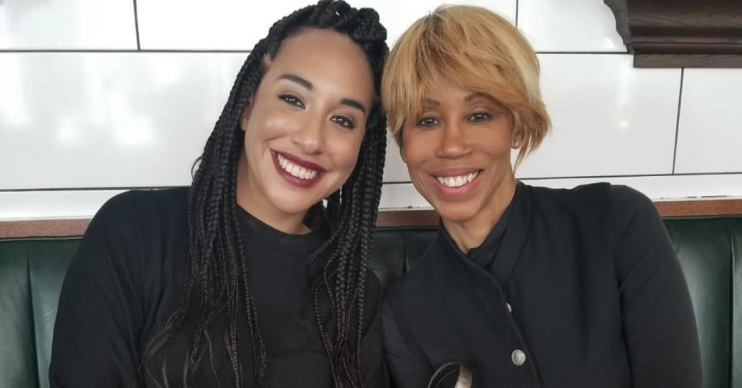 Trisha Goddard’s daughter opens up about her years of addiction

Trisha Goddard’s daughter has revealed details of her 16-year battle with addiction, claiming she began drinking at the age of 12.

In an interview with The Mirror, Billie Dee Gianfrancesco has spoken about her years of struggle, admitting that at times she felt suicidal.

Bille claimed that she became addicted to alcohol and to prescription pills, after taking codeine for period pain.

She says that at the age of 16 she realised she was out of control, and attempted suicide and that she battled her issues well into her 20s.

Billie revealed that she took out £25,000 in payday loans believing she’d never have to pay them back as she couldn’t imagine surviving that long.

“I was waking up and putting rum in my coffee – I’d keep coke in my bedside table for first thing in the morning,” she said.

Billie claimed she was too ashamed of herself to reveal how bad things were to her talk show host mother.

Billie’s drinking started on a family trip to the Caribbean – when she began experimenting with the contents of the mini bar.

She replaced the clear spirits with water so she wouldn’t get caught. She also began stealing prescription painkillers from her parents and the parents of her friends to fill what became a daily habit.

As an adult she spiralled into constant drug use, ending up fired from her PR job with a flat she could not longer afford to pay for, and a massive debt.

But she had a moment of clarity after finding an abandoned MDMA pill on her floor one Tuesday night, and taking it without a second thought.

She called a mental health helpline and began getting help from Port of Call – which provides advice on dealing with addiction.

She’s since been diagnosed with borderline personality disorder and PTSD, and is now in therapy and addiction recovery.

Billie said that she’s rebuilt her relationship with her father, Mark Greive, but that there’s still some work to be done with her mum, who feels guilty over Billie’s years of struggle.

“I think she’s proud of me but feels guilty, as when I needed her she was off solving everyone else’s problems,” Billie said.

Trisha admitted she wasn’t always as present as her daughter needed her to be, but said that there was often too much going on in her life for her to balance it all – including the illness and death of her own mother.

She claimed that she beats herself up over some things, but has to reconcile that with the knowledge that she’s always stuck by Billie.

“She knows I will never, ever desert her. I am immensely proud of both of my daughters,” she said.

Billie posted a Mother’s Day post recently that commented on Trisha’s impact on her life, claiming she taught her “resilience.” 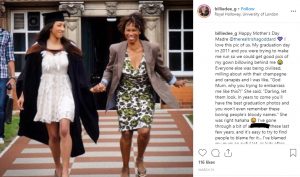 “I’ve blamed my mum an awful lot, as kids often do, but you know what, apart from my sis she’s been the only constant thing in my life, ever,” she said.

“I know she’s always there if I need her. She’s equipped me with the resilience to fight through every day, and the ingenuity to turn my [bleep] into something incredibly powerful and positive.

“I’m not sure I could have done that without having witnessed mum do the same. So thanks Madre! I promise to continue to heal and work on myself to become the best daughter and human I can possibly be.”

Read more: Gemma Collins ‘confirms it’s definitely over for her and Arg’

“You girls are my heart. I might not always get it right, but I will continue to fight dragons and kill tigers to keep my babies safe from malice but fierce in the face of [bleep]!”

For help with suicidal thoughts, call the Samaritans on 166 123.

Leave us a comment on this story on our Facebook page @EntertainmentDailyFix and let us know what you think.