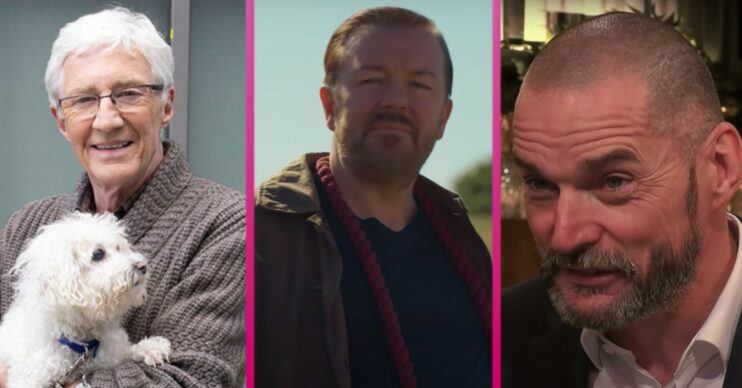 What will you be watching this month?

There are plenty of TV highlights to keep the January blues at bay in 2022.

The weather outside may be as frightful as COVID forecasts – so why not stay in on the sofa and make the most of what’s on the box?

Thankfully, there are several old faves returning with new series. And there’s a couple of new shows set to become your faves too.

Here’s what we recommend keeping an eye out for on telly in the first month of this new year.

BBC One mystery thriller The Tourist stars Jamie Dornan and begins a six-part series this evening.

Jamie’s character wakes up in hospital with no memory after being run off the road by a truck in the Australian Outback.

What happened to him? And who is pursuing him, and why?

A new series of the ITV celebrity talent show with a twist begins to kick off the new year.

Who will be ordered to ‘take it off! take it off!’ for this third run?

The tireless nuns and nurses of Nonnatus House are back on BBC One for an 11th series.

Star Helen George has shockingly teased her character Trixie may not kindle a romance with bereaved Matthew.

“There are so many obstacles to overcome and it’s such a tricky situation,” she told reporters.

This ITV drama stars Maxine Peake as the title character who says goodbye to her son as he goes to a football match and never sees him alive again.

The first of four episodes.

For fans of a lunchtime detective story, Mark Williams is back as Father Brown for a ninth series.

The first episode of a ten episode run begins at 1.25pm on BBC One.

This BBC One drama depicting the battle of serial killer Stephen Port’s victims search for truth finally makes air following the conclusion of an inquest into police investigations.

Paul O’Grady: For The Love Of Dogs – Wednesday January 5, 8pm

The second episode in series 11 on ITV sees Paul meet an eight-year-old Shih Tzu with an extreme case of bladder stones.

A feisty chihuahua who is not falling for Paul’s charms also features.

Lord Alan Sugar is in the boardroom for a 16th series of The Apprentice on BBC One.

Will it be ‘you’re fired’ or just ‘you’re tired’ for this long-running show as more business contender vie for his attention?

Fred and the gang at the First Dates restaurant will hopefully serve up a dollop or two of love on Channel 4.

The first of eight BBC One episodes sees Ralf Little back on Saint Marie.

A kidnapping ends in murder, so Neville and the team must investigate.

Meanwhile, over on Channel 4, this ace comedic mash up is helmed by Jimmy Carr for a 22nd series.

Late team captain Sean Lock will be much missed.

A third and final series for Ricky Gervais’ grief-stricken comedy After Life is released on Netflix.

Will no doubt make you cry with laughter and poignant pain at the same time.

Two series we are keeping a special eye out for are the sixth and final series of Peaky Blinders and Ant and Dec’s new show.

Read more: Showtrial on BBC One: Will there be a series two of courtroom drama?

However, neither Peaky Blinders nor Ant & Dec’s Limitless Win – the presenting pair’s first new programme in over a decade – have been slotted into the schedules as yet.