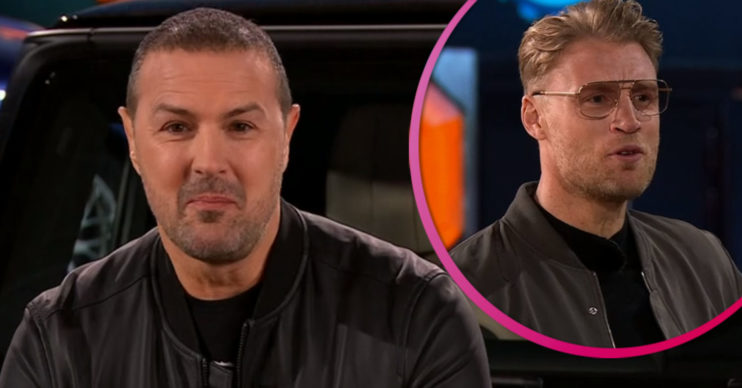 The series has only run for four episodes

During last night’s show (March 28), host Paddy McGuinness announced the final episode of the series will air next Sunday (April 4).

However, fans were gutted as the series has only aired for four episodes.

What did Paddy say about Top Gear series 30?

Paddy said at the end of the show: “We’ll be back next week with the last show of the series.

“Where has that time gone?”

One person said on Twitter: “#topgear How is next week the last episode, come on BBC we need a longer series!!”

Another wrote: “4 episodes doesn’t equal a series, come on #TopGear sort it out.”

One tweeted: “@TopGear last show of the series? 4 episodes?

“No wonder people are fed up of paying the TV Licence when there is so little new content on BBC TV.”

#topgear How is next week the last episode, come on BBC we need a longer series!!

4 episodes doesn’t equal a series, come on #TopGear sort it out.

@TopGear last show of the series? 4 episodes? No wonder people are fed up of paying the TV Licence when there is so little new content on BBC TV.#TopGear #tvlicense #newcontent #bbc @BBCOne

A fourth added: “Sorry, but as much as I love the new #TopGear a 4 episode series is ridiculous!”

Meanwhile, viewers were left concerned last night after Paddy, Freddie and Chris Harris were towed on a track behind their off-road cars.

The trio had protective metal plates on the bottoms of their shoes as they held onto the back of a tow hitch.

The Stig drove the cars at whatever the speed the presenters called on their radios.

The winner was then decided by whoever dared to go the quickest.

However, as sparks were flying under the trio’s feet, viewers were shocked on Twitter.

Another wrote: “How on earth do #TopGear get away with these stunts from a health and safety point of view?”

A third added: “What the hell are they doing? That seems so ridiculously dangerous with the feet on fire? Don’t get the point of that?”

Top Gear returns on BBC One, Sunday April 4, at 8pm.

Have you enjoyed Top Gear so far? Leave us a comment on our Facebook page @EntertainmentDailyFix and let us know