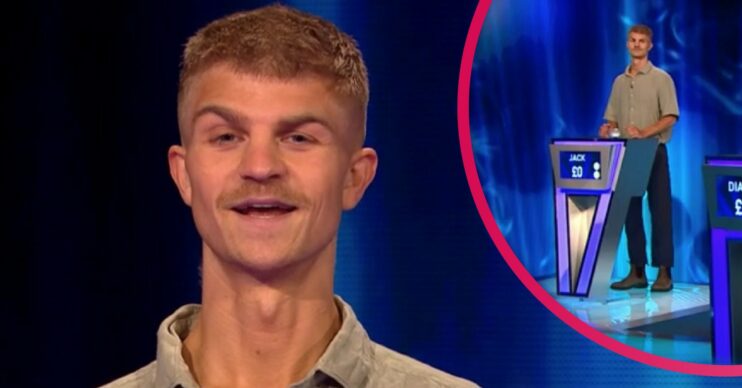 The show, hosted by Ben Shephard, saw four contestants take on the Tipping Point machine in a bid to win some cash.

Iram, Jack, Diane and Chris all appeared on the game show but it was Jack who stole viewers’ attention.

What happened on ITV Tipping Point?

As Jack played Tipping Point, viewers had one thing on their minds – his trousers.

Read more: Tipping Point on ITV: How to apply for the Ben Shephard gameshow

Viewers were distracted by his outfit choice, with some saying his trousers were too short!

One person said: “No new trousers for Jack today.”

Another wrote: “Taxi for Jack and his trousers.”

Have Jack’s trousers shrunk in the wash?

A third added: “Jack’s trousers though,” followed by a laughing face emoji.

Unfortunately for Jack, he was voted out second.

Iram and Diane then battled it out on the show.

However, it was Diane who took the top spot and had a chance to bag the jackpot counter.

She decided to take the £3,000 she had already bagged instead of chancing the jackpot counter.

But sadly for Diane, the counter went over meaning she could have won £10,000.

Ben told her: “We’re delighted for you, three thousand pounds. Have you had a good time?”

Diane replied: “I’ve had a brilliant day, Ben. It’s been so good.”

What did you think of Tipping Point last night? Head to our Facebook page @EntertainmentDailyFix and let us know.