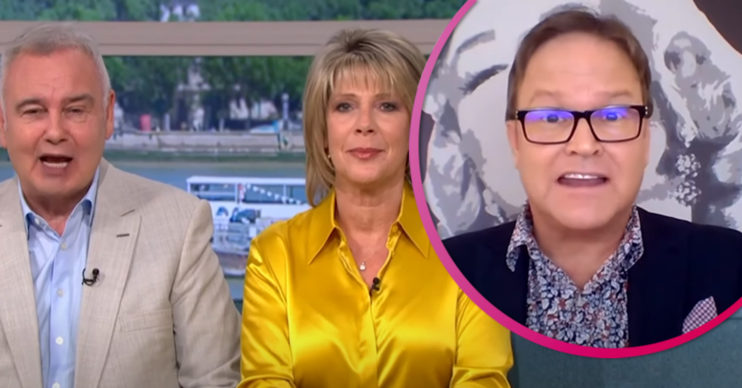 This Morning viewers have hit out against a diet guru who spoke negatively about the government’s Eat Out to Help Out scheme.

Launching today, thousands of eateries across the country are offering discounted food and meal deals.

The program is designed to help boost the hospitality industry, that has been terribly affected by lockdown.

Diet expert Steve Miller appeared on the ITV show to give his verdict on the discount food scheme.

Steve pointed out the irony of the program, especially considering the government announced plans to reduce obesity in the UK only last week.

He told hosts Eamonn Holmes and Ruth Langsford: “Last week it was let’s ban advertising and promotion of junk food and now we can all go for a great big chow down and stuff ourselves senseless…it’s double standards!

“I don’t begrudge anyone a discount, but what the Government could have done was to put healthy meals on but, no we can stuff ourselves with chips and burgers.”

He even said this could lead to an “early grave” as it was essentially encouraging the public to gorge on junk food for the next month.

Steve continued: “This could be a ticket to an early grave for some people. If you get coronavirus and you are fat you are three times more likely to die and seven more times likely to end up on a ventilator.

“We’re encouraging the nation, for a month to eat junk food and put their health in jeopardy. Have a treat but control those treats and you’ll be piling it on.”

However, not everyone agreed with Steve’s strong choice of words.

One disgruntled viewer tweeted: “We don’t all go out and stuff ourselves with burgers and chips mate #ThisMorning.”

Read more: This Morning divides viewers as three Karens demand their names back

Another user argued: “Sorry tomorrow I’m going to nice French place to eat out on their outside terrace. It ain’t junk food you moron #ThisMorning.”

And a third viewer claimed: “#thismorning we are going to support our local independent cafe later for the eat out to help out scheme. No burgers or fast food on their menu!!”

And another ranted: “Steve, it’s not [expletive] compulsory to eat out. #ThisMorning.”

Though a few were actually on Steve’s side.

One supporter agreed with: “I wont be using the eat out to help out because COVID is still around. I agree with him this is double standards. #ThisMorning.”

And another user shared: “Last week new obesity drive, this week eat out to eat out. Stay alert, go back to work but stay in.

“Shielded can go out but numbers are going up. Lock up over 50s. So much mixed messaging.”

Do you think Eat Out Help Out is hypocritical? Tell us what you think on our Facebook page @EntertainmentDailyFix.

Coronavirus eat out help out ITV Lockdown This Morning