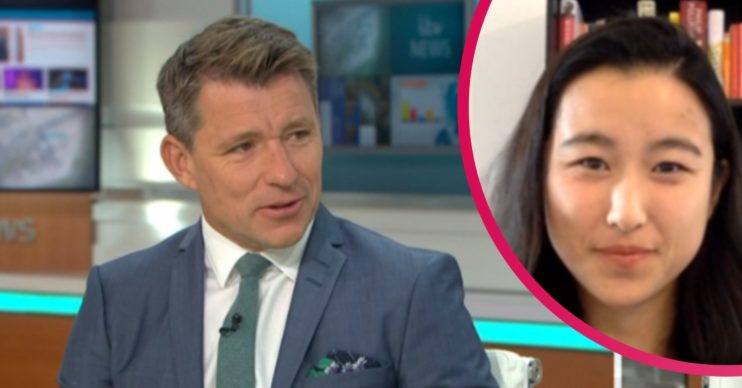 He argued that pubs are about more than getting drunk

Ben Shephard had to pull a GMB guest up for a comment she made during a debate about closing down Britain’s pubs.

On Good Morning Britain today (Monday, August 3), Ben and Kate were joined by two guests – Kevin McGuire and Cindy Yu – to talk about several items in the news, including the current state of the coronavirus lockdown.

What did the GMB guest say, and how did Ben Shephard respond?

They debated the possibility of putting new restrictions on pubs. It comes amid fears they could be hotbeds for infection, to allow schools to open properly in September.

But one comment Cindy made about pubs didn’t sit well with Ben.

Kate said, as the discussion started: “[We’re getting] mixed messages… the changes to what can take place in terms of lockdown, over the weekend and end of last week, restrictions that affected weddings and all sorts of things seemed to come into play.

“In order to be confident that kids can get back to school in September, a lot of people are saying it’s more important to get schools open than pubs.”

Cindy said: “There’s talk of secondary schools going on a rota system, because of the fears there… of course we have to close pubs and restaurants because [schools] definitely come out on top.

They want to see people.

“I think pubs and restaurants have done amazing things in terms of trying to socially distance. You’ve got these perspex screens, you’ve got contact tracing, you’ve got hand sanitizer everywhere.

Not just about the drinking

“But there’s only so much you can do… people are literally going there to get drunk and to not [feel] as socially inhibited as they normally are.”

Ben took issue with the comment, insisting that people don’t just go to pubs to get drunk.

He argued: “Cindy, I’m not sure everybody goes there to just to get drunk. Lots of people go there because they want to get a time out, they want to communicate with some friends. And they want to see people. They’ve been stuck inside.”

Where do you stand in the schools and pubs debate? Leave us a comment on our Facebook page @EntertainmentDailyFix and let us know.