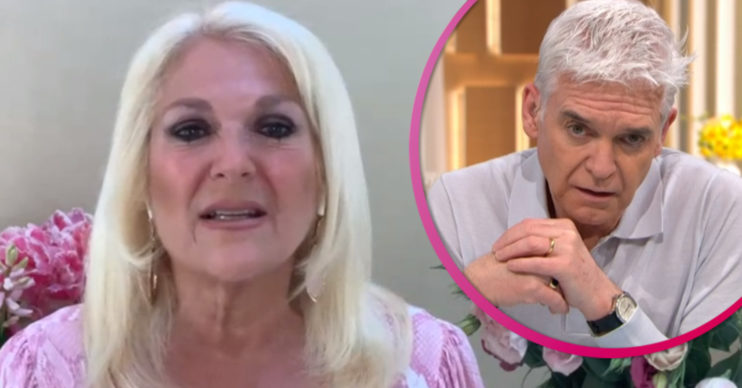 This Morning: Vanessa Feltz calls out noisy neighbours on air

Vanessa said her neighbours have been renovating since the first lockdown

This Morning agony aunt Vanessa Feltz has hit out at her noisy neighbours live on air.

The star appeared on Tuesday’s show to give advice to viewers on loud neighbours.

However, she had a bone to pick with her own as she called them out at the start of the segment.

What did Vanessa Feltz say on This Morning?

A viewer called in to express her frustration over her neighbour’s renovations keeping her babies awake.

Read more: Eamonn Holmes and Ruth Langsford returning to This Morning next week

Vanessa said: “You have my sympathy because I’m in exactly the same one.

“This time last year, when lockdown started, there were massive renovations going on one house away from me.

“We’re still here and it’s still happening. In fact, you can probably here it as I’m broadcasting from the back bedroom.

“There doesn’t seem to me – and I really have tried believe me – anything you can do about it because between the hours of depending where you live in the country, it’s about eight o’clock in the morning until about 6pm.”

She added: “The only way I’m able to cope with it is to think well the more they do, the sooner at some point they’ll eventually be finished.

“But I don’t think unfortunately you can do anything with the local council or anything at all if they’re not good-natured people.

“And I know how it feels, it feels like being trapped in hell. It’s dreadful. You really have my sympathy.”

She concluded: “When the sun shines and you’d like to sit in your garden or open your windows and all you can hear is chronic drilling and hammering, it really is awful.

“As I say mine’s been going on for well over a year and I know just how she feels.”