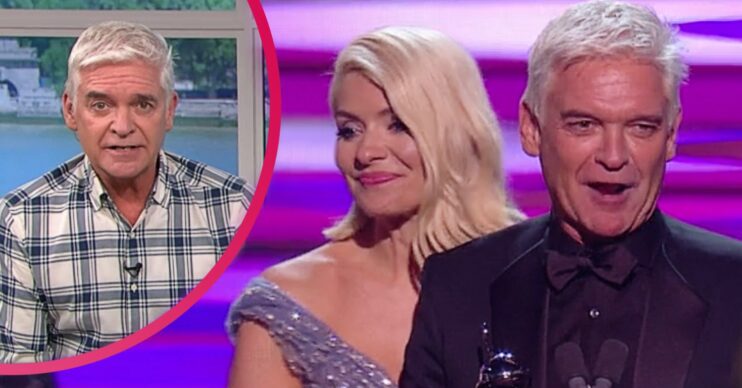 Well, it was the NTAs after all and they have previous...

Once again This Morning won an award at the ceremony for Best Daytime Programme.

However, the subsequent party is always something he and co-presenter Holly Willoughby get legendarily stuck into… and it seems he got a little too stuck into the bar.

Dr Chris couldn’t help bring up the NTAs, especially after one of the stories they discussed suggested adults “need to let loose four times a month”.

“The typical adult needs to let loose four times a month, but most can’t remember doing so?” Holly asked quizzically.

“So, it’s good to go out and have a bit of a blowout? Doctor’s orders?”

“It was a study of 2,000 people and the results were that you need to let your hair down four times a month,” the Doc confirmed, before saying that music and drinking were the most popular ways to let off steam.

“There’s a lot I can’t remember”

Phillip then joined the conversation and quipped: “Well, it’s good to know that it comes with doctor’s orders which means that last Thursday actually was a healthy thing.”

“Except that you couldn’t remember that bit!” Holly interjected.

They both cracked up laughing proving that whatever happens at the NTAs, stays at the NTAs.

They had Friday off last week

And why wouldn’t they celebrate?

This Morning won yet another award at the NTAs.

The ceremony – hold at London’s O2 Arena – are famed for their boozy celeb parties, and in the past Phil and Holly have often rocked up to the This Morning studios still the worse for wear.

Luckily, last week Phil and Holly had the day off on Friday so they nurse their hangovers!