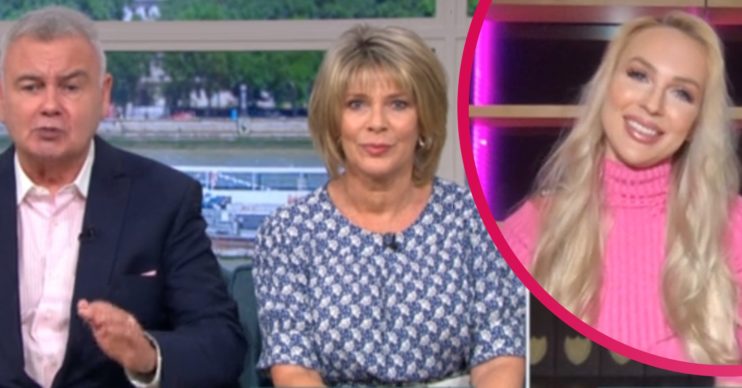 She had previously been on to guide us through some LA pads, but Eamonn revealed that this time she was “helping us go inside some amazing properties in the UK.”

What millionaire mansions did This Morning show us?

Christine guided us through three properties on This Morning.

She started with Heathfield House in Highgate, north London. It costs a cool £40million, has 10 bedrooms, seven bathrooms and comes with two acres of land.

We also explored a more modest resident at Sandbanks in Poole costing a mere £11.99 million.

Christine admitted that the first two properties had “pretty comparable design features” to those she sold in Hollywood.

But the next mansion, an £8million castle in Seton, near Edinburgh was totally different to anything she’d sold before.

Many of those watching at home were not impressed with the segment at all.

They called out the show for featuring such expensive properties when most of their audience can barely afford to get on the propery ladder.

There were cries of ‘know your target audience’.

Way to go ….. #ThisMorning … when the majority of people can’t even afford to put a foot on the rung of the property ladder!! 🙄🙄

Im sure the estate agents advertising those multi-million pound houses are going to have their phones ringing off the hook with #thismorning viewers because we all just have 3-40 million just lying about….. pic.twitter.com/Wgac8502uU

Really hitting the target audience here. "[£8m] is a good value for this property" read the room, people at home can barely afford their electric #ThisMorning

#ThisMorning well done! Most of the country is on the bones of its A**e and you show an article on houses that no one can afford. #senseless

How many people on #ThisMorning are or could afford such a property? I'm on the lookout for something more in my price range. Cardboard box under a railway arch. 😜

#ThisMorning showing multi million pound homes. Most of us watching shop at lidl!

Christine Quinn talks about her wedding on This Morning

Read more: The Chase viewers warn contestant to ‘watch out’ after so many passes

Meanwhile, as well as showing us around the millionaire mansions, Christine spoke about her recent wedding.

The new series of Selling Sunset will feature the nuptials. Christine said: “It’s grand, it’s over the top, and I hope you guys are thrilled!”

Ruth was also interested to know how was it being filmed at such a special time in her life.

Christine replied: “It was really interesting being filmed. I wanted to make sure the event was true to the wedding itself and it wasn’t really about the cameras.

“It was really nice and it didn’t take away from the event. We were still able to have a really nice, really over the top wedding, but it didn’t feel like other people were there, and we can share it with the world, so I’m really excited about that.”