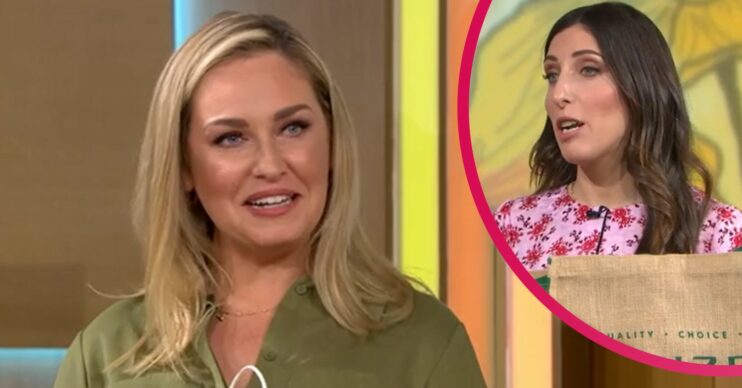 Josie laughed off the blunder!

On This Morning today, Josie Gibson was left in giggles after Sarah Jossel accidentally let slip a surprise on air.

Sarah was on the daytime show to reveal the ultimate gifts for Mother’s Day this year.

However, she accidentally revealed Josie‘s gift idea for her mum and quickly apologised.

What happened with Josie Gibson on This Morning today?

Sarah said: “Firstly, it’s really important just to say that Mother’s Day is a celebratory day but for so many people, they may find it really difficult if they’ve lost their mum, mums have lost kids, and also people struggling to become mums.

“So I think be very aware of the people around you.

“If you know anyone who’s going through a hard time, bring them in if you are having tea or dinners or anything.

“Really try and include people.”

She continued: “You were telling me earlier Josie you don’t know what to get your mum.

“She wants to get her mum a horse.”

Phillip Schofield cut in: “Did she just let a secret out then?”

Phil quipped: “They’re so tough to wrap though aren’t they?”

Sarah then moved on with her segment.

Josie filled in for Holly Willoughby on This Morning again today.

At the start of Monday’s show, Phil told viewers: “Josie is back.

“Been texting Holly all through the weekend and she’s absolutely fine, she just has that incredibly persistent and annoying red line that won’t go away.”

Phil added, “So she’ll be sitting at home, it’s driving her crazy but it’s lovely to see you,” as he turned to Josie.

What did you think of today’s show? Head to our Facebook page @EntertainmentDailyFix and let us know.