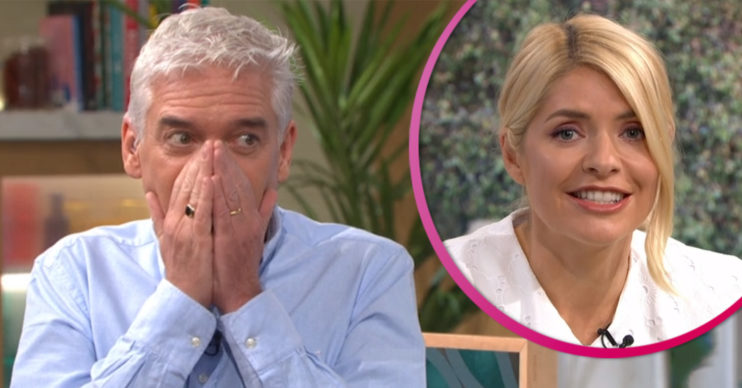 Phil made the error on Tuesday's episode.

This Morning host Phillip Schofield smashed one viewer‘s dreams this Tuesday by making an epic blunder.

Phillip and Holly Willoughby took to spinning their popular prize wheel on the latest episode.

As the spinner settled on the prize, Phillip yelled out: “UK holiday and £250,000! This is where you are going!”

Realising his mistake he admitted he would later be having words from ITV’s competition department.

Read more: Piers Morgan demands Harry and Meghan are stripped of their titles

He said: “Our competition department upstairs are going to be saying ‘what the hell just happened’ … it’s ‘£250’ and a holiday!”

Phillip’s embarrassing blunder was particularly odd as the prize wheel only gives out a maximum of £3,000 cash.

Holly saw the funny side of the blunder

Viewers rushed to Twitter to sympathise with the caller.

One viewer tweeted: “When @Schofe tells a poor fella ringing in for a competition on #ThisMorning that he’s won a #UK #Staycation and £250,000 only to then tell him he’d made a mistake and it was actually £250!”

It wasn’t the first awkward moment of the episode either.

Both hosts wanted to put the caller through, but producers sounded off with a resounding ‘no’.

Phil panicked: “What do we do? Adjudicator, adjudicator? Oh my God, they’re saying move on! Sorry… bye.”

And Holly followed up with: “I can’t bear that, that was so close!”

Holly and Phil are back on the blue sofa for their second week post their summer holidays.

The likes of Rochelle Humes, Alison Hammond and of course Ruth Langsford and Eamonn Holmes filled in while they were away.

When the pair reunited on the sofa last week – they enjoyed a hug social distancing style.

A plastic ‘cuddle curtain’ was placed between them.

They each had to insert their arms into plastic sleeves to embrace after months apart.

Their emotional hug left some viewers in tears.