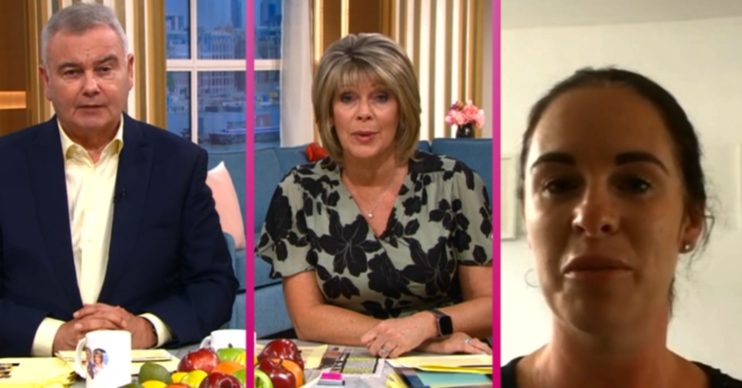 Ruth and Eamonn were sympathetic to their guest - fans were not

This Morning discussed passport hold-ups on Thursday (July 23) as the Home Office has warned of long delays to applications.

The show interviewed mum-of-two, Hayley, whose holiday to Spain had been cancelled because of the delay.

However, when Hayley revealed she’d only applied for the renewed passport for her son four weeks before the family were due to go away, This Morning viewers got annoyed.

The usual advice when needing a new passport is to apply at least six weeks before you’re going to travel.

With the current coronavirus pandemic the passport office has revealed they have a backlog of 400,000 applications and the wait can be up to four months.

Hayley said: “I wish I’d have sent it off sooner, but because of lockdown it was in the back of my mind.

“It was only as restrictions eased that we thought about going away, it was just about four weeks before we were due to go away, so I was hoping and praying there was enough time, but there was a huge backlog.”

She also revealed British Airways had actually given her a voucher for the cost of their flights, so they could rebook.

We’re in the middle of a pandemic.

For those watching at home, Hayley’s struggle was no surprise. They thought it was just common sense and couldn’t believe Hayley had left it so late given we’re in a pandemic.

Does this silly cow not realise we are in the middle of a worldwide pandemic and she thinks ordering a passport is priority. Is it YOUR fault #daftoldmere #ThisMorning

Is there really a lady on @thismorning moaning that she’s been waiting 4 weeks for a passport and can’t go to Spain?! Lockdown… Pandemic… 40,000 deaths??? I’ve been waiting 4 months for my driving license but there have been bigger things to worry about 🤷🏻‍♀️ #ThisMorning

Didn’t she check her kids passport before booking? Oh no she didn’t, I thought the standard time was 6 weeks for a passport anyway and she only applied within 4? At the best of times Hayley, you didn’t have a hope let alone now #ThisMorning

#ThisMorning I’m sorry but applying for a passport 4 weeks before you’re due to travel is risky in normal times never mind during a pandemic! Why can’t people take responsibility for their own mistakes? It’s not the passport office fault!

Hang on! We’re in the middle of a pandemic. The country has been locked down but people are still expecting passports? Really? Are the passport office workers immune from Covid then? #ThisMorning

Simon, appearing live from Venice, revealed the Home Office are asking people not to apply for a new passport unless they really need one.

They haven’t given any deadlines about how long it’s going to take to get your travel documents.

He also said what British Airways had done for Hayley, although kind, is not standard and it is classed as the passenger’s fault if they don’t make sure all paperwork is in place before booking a holiday.

Simon added that some of the low budget airlines won’t be so forgiving, and you generally can’t claim on your travel insurance either.

This Morning continues every week day at 10.30am on ITV.