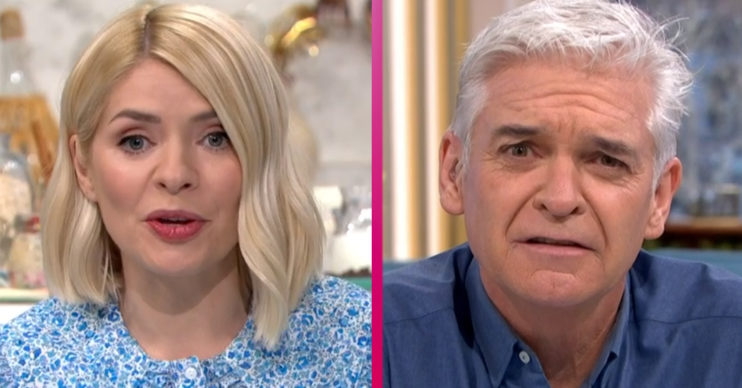 Some people missed the start of the programme

This Morning viewers complained as the ITV Hub suffered a technical error this morning.

As many tried to tune into the streaming service to watch Thursday’s edition of the daytime show, the visual and the audio became glitched.

Meanwhile, the image wasn’t clear and it didn’t take long before fans complained on Twitter.

One person said: “What’s going on @ITV @thismorning,” alongside an image of the technical blunder.

Another wrote: “Sort it out ITV Hub! The worst streaming service around. The others are working fine, just yours isn’t.”

A third added: “Did @itvhub have a problem or was it just me? Missed the first 20 minutes of #ThisMorning,” followed by a frustrated face emoji.

Sort it out ITV Hub! The worst streaming service around. The others are working fine, just yours isn’t. #itvhub #ThisMorning pic.twitter.com/7agJl0iKVo

Did @itvhub have a problem or was it just me? Missed the first 20 minutes of #ThisMorning. 😤

Meanwhile, another said: “@itvhub please can you rectify your signalling problems.

“A lot of us currently watching #ThisMorning are having problems viewing the programme. Thanks.”

One then replied: “So bad I’m going to have to swap channels.”

@itvhub please can you rectify your signalling problems. A lot of us currently watching #ThisMorning are having problems viewing the programme. Thanks.

Thankfully, after around 20 to 30 minutes, the issue was solved and viewers were able to watch the show live.

Meanwhile, on Wednesday’s show, Irish chef Clodagh McKenna teared up as she revealed she was missing her mum on St Patrick’s Day.

Did ITV Hub have a problem or was it just me?

The cook revealed to hosts Holly Willoughby and Phillip Schofield that she hasn’t been home for a year due to the pandemic.

As she waved to her mum and blew a kiss, Clodagh had tears running down her face.

Holly and Phil comforted her from a distance.

Holly said: “It’s days like today that you really think about them isn’t it?

“You are alright and then you have a day when you are meant to be with them and it’s even harder.”

Did you have issues with ITV Hub today? Head to our Facebook page @EntertainmentDailyFix and tell us.